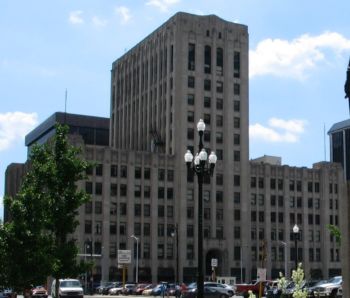 The Detroit Free Press fired its Pulitzer Prize-winning managing director of opinion and commentary Stephen Henderson after finding “credible allegations” of “inappropriate behavior.” Henderson may sue over his firing.

In a Dec. 15 news story on its website, the Free Press explained that the paper investigated Henderson after a Detroit minister, W. J. Rideout III, accused Henderson of sexual harassment. While the Free Press noted that “the minister’s radio show was suspended over that lack of evidence” for his allegations, the Free Press’s investigation “uncovered examples of inappropriate behavior by Henderson with female colleagues dating back several years.”

Despite the Free Press’s firing of Henderson, Henderson is keeping his radio talk show on WDET 101.9 FM, according to Crain’s Detroit Business. That said, WDET’s general manager Michelle Srbinovich said the station will “conduct an independent, station-wide investigation to ensure that our staff has the opportunity to share their concerns and report any incidents that require further examination.” Srbinovich pointed iMediaEthics to her latest statement confirming that “based on the information currently available, WDET did not see cause to terminate Stephen Henderson’s contract at this time.”

In response to his firing, Henderson said on his radio show on Dec. 18, “I disagree with that decision and outcome, and I am exploring legal action.” Henderson said that “Neither of the co-workers involved had come forward or filed a complaint before the outside allegations were made against me,” and that the allegations concerned interactions outside of work.

In a statement on the radio station’s website, Henderson said that the two incidents included “sexually themed conversations” with one employee and a “co-worker who was a manager in another department” who “reported two rejected advances that she said made her uncomfortable.” That said, Henderson apologized to the women for his “bad judgment.”

iMediaEthics wrote to Free Press editor Bhatia to ask for a response to Henderson’s dispute over the firing; Bhatia declined to comment beyond the Free Press’s news story on Henderson’s firing.