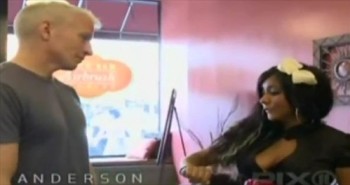 The Montreal Gazette’s Misty Narris commented on journalists who cross over to entertainment in a recent column.

Narris highlighted the case of CNN’s Anderson Cooper, who both reports news for CNN and crosses lines to entertainment, like with his segment of getting spray-tanned with reality TV’s Snooki.

Narris cited Rutgers’ undergradaute journalism coordinator Steven Miller’s comments that “(The trend) is a horrible comment on our society, and on what people are willing to accept.  Journalism is supposed to be serving the public to raise the level of intellectual discourse; it’s not there to take it down to the lowest common denominator.”