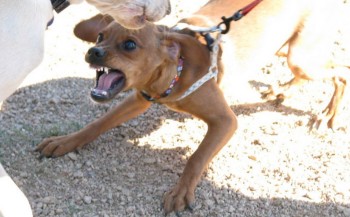 Earlier this month, numerous news outlets were hoaxed by a story claiming that Kim Jong-un fed his uncle, Jang Song Thaek, to 120 starving dogs. Many outlets pointed to the Singapore Straits Times as the first news outlet to publish an English-language account of the dog claim.

The story of Jang being fed to dogs first was published on a Chinese microblogging site, from where Hong Kong tabloid Wen Wi Po picked it up. Then the Straits Times wrote about it. (For more on the back story on the hoax, read iMediaEthics’ Jan. 12 report.)

Cheonng told iMediaEthics that he was only trying to highlight the report and not necessarily say it was real.  Cheong said that Wen Wi Po was his ‘only source” and acknowledged that his report didn’t clearly say that the report was unconfirmed. He wrote:

“I notice that my article published in The Straits Times on Dec 24, 2013 on the execution of Jang Song Thaek had caused a big stir in the international media community.

“The focus of my story is not on whether it is true or not, but that such a story (even if false) appeared in a Beijing-run newspaper is indicative of the mood of the Chinese authority. The (sic) is the point I want to make, which is stated in my article: “The fact that it appeared in a Beijing- controlled newspaper showed that China no longer cares about its relations with the Kim regime”

Further, Cheong said he was surprised that Wen Wei Po published the report. He wrote:

“From my personal experience, the Wen Wei Po toes Beijing’s line closely and it has to observe strict rule on reporting the DPRK. So to me, the execution story appeared to be a departure from its previous practice. This interested me more than the story itself. Yet, quite unexpectedly, the focus goes to the authenticity of the story itself, which is quite understandable looking back.

“Therefore to answer your question: WWP is my only source and I did not try to verify because my interest is on the political implication that such a story got carried in WWP. On hindsight, had I added a qualifying clause on the source, the misunderstanding would not have arisen.”

Dr. Tim Stanley, who wrote about the hoax for the UK Telegraph, recently provided more information regarding the Straits TImes. “The Straits Times is a respectable and widely read publication, but it’s often been accused of being the mouthpiece of Singapore’s ruling party and is staunchly anti-communist – so political bias is possible.”

He noted that last year he was hoaxed  by a fake story claiming that “North Korean propaganda told its people that hungry Americans eat snow to survive.” Having been a victim of a hoax report, Stanley argued that the tale of 120 starving dogs eating a man with 300 watching should itself have been a warning. “It’s all a bit James Bond, a bit shark-tank-in-an-underground-bunker,” Stanley wrote.