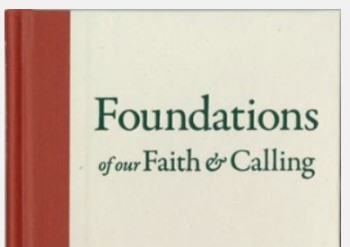 The Australian Communications and Media Authority ruled that Australia’s Channel 7 violated broadcasting standards in reporting on the religious group the Bruderhof Community. The Bruderhof identifies itself as a “Christian community movement in the Reformation tradition founded in 1920 in Germany.”

The March 2013 Today Tonight segment “Death of a Believer” reported on the 2010 death of Bruderhof member Irene Maendel. Her son treated her after a stroke.

Channel 7, which airs in Adelaide and Perth, reported, “They prayed for six days, instead of seeking medical help for a dying woman.”

The network added, “still no ambulance, no neuro-specialist; no CT-Scan; no review of her treatment. Just more prayer and hymn singing.”

Terrible, if true. However, this was wrong, the ACMA said. Maendel did receive medical care. While it was correct that Irene Maendel did not get taken to the hospital or have a CT scan, her son, Dr. Christopher Maendel, did treat her with palliative care, according to a Medical Tribunal investigation of the son. Therefore, it was inaccurate to report that the only response to her stroke was “more prayer and hymn singing.”

“The goal of palliative care is to help the patient with a serious illness feel better. It prevents or treats symptoms and side effects of disease and treatments. Palliative care also treats emotional, social, practical, and spiritual problems that illness brings up. When the patient feels better in these areas, he or she has an improved quality of life.”

A spokesperson for the Bruderhof Community told iMediaEthics on behalf of itself and Dr. Maendel by phone that “we welcome the ruling and are grateful for the careful consideration it received.”

The ACMA found that Channel 7 was inaccurate because, instead of reporting that the woman received palliative medical care and morphine, the Channel 6 report suggested she only received morphine as “part of a regime of prayer and ‘third world’ medical care.”

Channel 7’s reporting suggested Maendel was “treated with prayer as a substitute for medical care” when she received “palliative care” by her son because that’s what he said he thought she wanted, the ACMA explained.

Channel 7, however, defended its report, saying it was “disappointed with a number of the ACMA findings,” media website Mumbrella reported.

“While we respect the right of the regulator to form a view on the overall impression conveyed by the story, we took a different view.  At the end of the day, a woman died and she did not receive proper medical care,” the ACMA told Mumbrella.

Despite its public disagreement with the ruling, Channel 7 unpublished the report from its website and linked to the ACMA ruling on its website. The ACMA added a statement on its website that it has no powers to enforce decisions but members are supposed to follow its recommendations. “The ACMA cannot ‘fine’ or ‘prosecute’ a broadcaster for breaching a code, or direct it to do any particular thing (such as broadcast a report of the ACMA’s findings),” the ACMA statement reads.

Even though dramatizations are frowned upon in news reporting, the ACMA ruled that Channel 7 could use them when showing incidents like “an actress portraying” Irene Maendel because Channel 7 labeled images “DRAMATISATION” and used “production techniques” to differentiate it from documentary evidence.

Separately from its investigation, the ACMA noted that Dr. Maendel was investigated by the Medical Tribune for his treatment of his mother.

The Medical Tribunal ruled he was “guilty of unsatisfactory professional conduct” related to his mother. He wasn’t found guilty of “professional misconduct.” The Medical Tribunal noted that Maendel left Australia and was planning on staying in the United States, but the tribunal gave him instructions for punishment if he returns to Australia and plans to return to his practice.

Interestingly, the ACMA said it couldn’t decide if it was OK to to refer to the Bruderhof Community as a “cult” after the community complained about that characterization by Channel 7. But, since “there are various publicly available sources in which the Bruderhof are referred to as a ‘cult’,” the ACMA concluded that Channel 7 did not break the accuracy code by calling the community a cult.

The ACMA noted it didn’t investigate any complaints raised by the Bruderhofs about the report’s publication on the Channel 7 website because it only handles broadcast complaints.