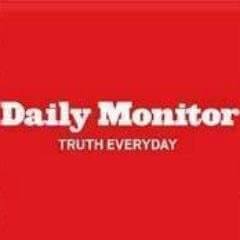 Uganda’s The Daily Monitor published an article that was a “classic example of how not to report about coronavirus,” public editor Odoobo C. Bichachi wrote.

Bichachi reviewed two Daily Monitor stories on coronavirus in a recent public editor column. They are the March 12 story “Panic as Chinese national self-quarantines in Arua hotel,” and the March 16 story “Korean national causes coronavirus scare in Sorot.” The first he said was “a good example of how to report about the new disease” because it balanced news and privacy, whereas the second was what not to do.

Why? “It focused on the public drama, exposed the ‘suspected patient’ to stigma and social opprobrium by exposing his identity, it funnelled ignorance among the anxious public and did not help them learn more about the disease,” Bichachi wrote, noting the South Korean embassy complained over the article and was incorrect. The article wrongly reported the “suspected patient” had been in South Korea, when he had been in Turkey. Bichachi told iMediaEthics, ” Daily Monitor provided editorial space to the South Korean ambassador in the Friday edition to refute the story but it did not attach a footnote on the ambassadors’ column owning up to the problem and regretting the oversight. “

“The Korean national was, therefore, condemned by a fearful public and media on the basis of his nationality and the protective face mask he wore, not the facts pertaining to his travel or medical record,” Bichachi explained.

In general, Bichachi called for staff to include factual information in coronavirus stories on how it spreads and how to prevent it. Bichachi told iMediaEthics by e-mail, “The general Uganda media coverage is still lacking in functional information that should help people manage the situation; the dos and don’ts are mentioned without explanation and context and this does not help calm down public anxiety. “

Bichachi was appointed as the public editor for the Nation media group back in 2018, as iMediaEthics previously reported, and is the former executive editor of the Daily Monitor.

Bichachi added to iMediaEthics, “Since the publication of my column, coverage in Daily Monitor has improved though there have been two lapses in editorial cartoons in the Sunday edition that sought to humour a very desperate situation by playing up the ‘Kungu-Flu’ tag, and earlier a columnist who claimed Italy had made a decision not to waste treatment on the old people but to simply let them die.”

Bichachi said he alerted editors to his concerns about the pieces and to find out more information about the columnist’s source.