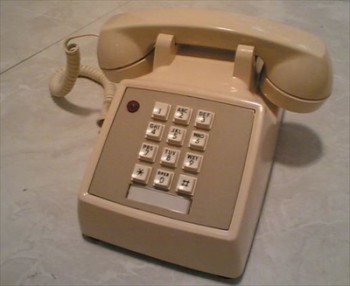 911 calls placed during last year’s mass shooting of children at Sandy Hook Elementary School in Newtown, Connecticut were released to the media under court order.

The victims’ families and the town didn’t want the roughly twenty minutes of tapes released, but the Associated Press sought them under a Freedom of Information request. Earlier this year, the AP explained in a news report that it wanted the tapes “in part to examine the police response to the massacre.”

Now that the tapes are out, the AP defended its Freedom of Information request for access to the tapes for reporting.  The organization’s executive editor and senior vice president Kathleen Carroll reminded critics that the tapes “are public records” no matter how “horrible” the shootings were.

“Reviewing them is a part of normal newsgathering in a responsible news organization,” Carroll is quoted as saying.

The New York Post published audio clips with a warning in bold that says “Warning: Audio may be disturbing for some listeners.”

“I’m embedding the audio clips as published by the New Haven Register below not because the calls aren’t harrowing and disturbing, but because they are. Obviously I don’t recommend them for children or the faint of heart, but for the rest of us they provide an incredibly small window into a tragic event that remains largely incomprehensible nearly one year after it happened.”

Plea from a Newtown Leader

In a statement on Facebook, Newtown’s First Selectman Pat Llodra asked the media “to treat us kindly” in reporting on the tapes. Her full statement reminded that “there is a great personal pain in this event.” She said:

“Recently I have been asked to provide my insights about the release of the 911 recordings and what it means to the Newtown community, especially so close to the one year anniversary. What I have told the press is that the release of the tapes will create a new layer of pain for many in the Newtown community. Hearing those calls takes us back to a day of horror and tragedy. My plea is for the media to treat us kindly…to recognize that there is great personal pain in this event and little public good to be garnered through the general release. Imagine yourself as a parent of a child who was killed, or a family member of one of the six educators. Imagine yourself as a teacher or staff member in that building desperate to save the lives of children. Imagine you are the parent of a child who was able to escape. Then ask yourself, media person, what is the public good and how do I balance that against the hurt?”

Legal v. ethical: Right to #sandyhook tapes is one thing, now the moral decision to use and why needs media attention. #spjethicscode

Congrats to networks; Continue to use strong ethical standards in reporting Sandy Hook tapes. Minimize harm should be key. #spjethicscode.

The Christian Science Monitor called the decision whether to publish the tapes a “classic ethical dilemma” of balancing information with causing harm. CSM cited various ethicists, including my former professor Chris Roberts, explaining why journalists would want the tapes.

“It’s important for journalists to be able to listen to those tapes, to see if there was something that we can learn from the process, and not just leave it to the government to tell us what to think,” said Roberts, an SPJ ethics committee member and University of Alabama assistant professor. But, the kicker: “Having said that, as a parent and as an ethicist, I really don’t want to hear them.”
Below, iMediaEthics has collected the ways various news outlets have handled the recordings.

NBC said it wasn’t planning to air the tapes. The night the tapes were released, Dec. 4, Brian Williams said on NBC Nightly News that it had “chosen not to air” the tapes, iMediaEthics notes.

“The families of the victims of the Newtown shootings made it public that they did not want the 911 tapes to be released.Unless there is any compelling editorial reason to play the tapes, I would like to respect their wishes. We must listen to the tapes when they are released and make our final decision. But for the avoidance of doubt, no NBC News network outlet online or on TV should use the tapes until that decision has been taken. Using the tapes could cause distress and we must therefore proceed with great sensitivity and respect, particularly as the first anniversary of the shootings approaches.”

MSNBC’s Rachel Maddow criticized those who aired the tapes, the Huffington Post reported. She continued:

“The actual audio is of no news value at all unless you want the thrill of hearing the sound of the actual individual gunshot that might have killed a 7 year old.”

Fox News did air the tapes, according to Mediaite. Fox News’s Shepard Smith said the channel wanted to be “very sensitive” with the recordings, though. He said:

“We and our managers have listened to all the recordings that came in that day. and out of respect for the victims we will be very sensitive with what we do put on Fox News Channel and all across all of our platforms throughout the day and the days to come.”

According to Mediaite, Fox News aired “short clips from two different 911 calls that came from inside the school, but removed portions that contained the sound of gunfire.”

Brian Stelter, formerly of the New York Times and currently with CNN, explained CNN’s stance on the tapes.

CNN statement about Newtown tapes: a report with some audio “will air later today after we have had time to carefully review the material.”

Stelter, along Michael Pearson, reported in a story for CNN that CNN broadcast and published online “portions of the recordings” with a “warning of disturbing content.”

They noted that CNN legal analyst Mark Geragos responded to the airing of the tapes. “Other than pure titilation, I don’t see any public interest served by this whatsoever.”