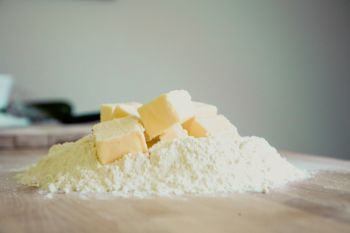 iMediaEthics’ latest round-up of amusing or noteworthy errors in the media include a botched recipe, confusion about identification and a misidentified political party.

“The initial radio version of this story featured one of the interviewees singing the song ‘Que Sera, Sera.’ She told us she sang that song to keep her spirits up during her imprisonment at Auschwitz. However, the song was first published in 1956. So, to avoid confusion, we removed that section in later broadcasts.”

The Guardian forgot to include a half-cup of butter in an ingredient list for a recipe. The Jan. 28 Guardian correction:

“Cockles are molluscs, not crustaceans as we said (Country diary, 27 January, page 7, Journal).

4. Another common mistake made by news outlets is listing the wrong political party for a politician.

“A caption with a previous version of this story incorrectly identified Sen. Jim Jeffords as an independent in 1999. At the time, he was a Republican. In 2001, he left the party to become an independent.”

“An earlier version of this story said that Luis Parra was a member of the United Socialist Party of Venezuela. In fact, Parra, who had previously been with the centrist Justice First party, became an independent last month.”