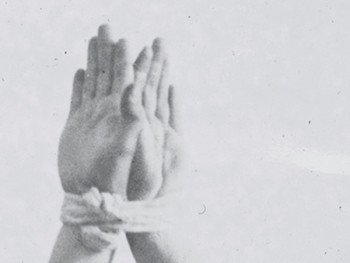 NBC News chief foreign correspondent Richard Engel and five other people in his crew were kidnapped for five days in 2012 in Syria.  He told the story of his kidnapping for NBC News and Vanity Fair at the time. This week, however, he changed his story.

In a lengthy post for NBC News, Engel said he decided to re-report his kidnapping after the New York Times told him last month that they found new information that contradicted his account.  “The newspaper had uncovered information that suggested the kidnappers were not who they said they were and that the Syrian rebels who rescued us had a relationship with the kidnappers,” he explained.

Despite that, “multiple U.S. law enforcement and intelligence sources who had direct knowledge of our case” told him recently “they did not doubt our story back in 2012 or anytime since,” he wrote.

So how does the story change?

1. Where Engel earlier said his kidnappers were Shia, they were actually Sunni.  But, Engel said, “The group that kidnapped us put on an elaborate ruse to convince us they were Shiite Shabiha militiamen,” including using specific accents and the presence of Shiite cups and music.

2. The people who rescued Engel were connected to his kidnappers, suggesting they were kidnapped for ransom, and that they were not Sunni rebels, as he had said.

3. Engel added that there is a possibility he didn’t escape “on the road by Foua” but perhaps “closer to Maarat Misrin.”

4. He also had said the people who kidnapped him were supporters of Syria’s Bashar Assad but now he says the kidnappers were a “criminal gang” connected to the Free Syrian Army.

5. Engel also admitted he never saw a dead body when he escaped, when he earlier had said he had. Instead he said his producer saw a body. “I didn’t doubt it and later reported it as fact,” he wrote.

Engel also said there’s a possibility that their escape amidst gunfire was staged. Engel escaped after he “heard what sounded like a firefight” and saw the two people driving him shooting. Then someone identified as Abu Ayman told Engel and the others that they killed the kidnappers, he said.

“Some now claim that the gunfire was staged to convince us — the hostages in the van — that we were rescued, rather than just handed over,” Engel wrote. “But that is not what a key supporter of Abu Ayman tells us. We managed to reach a man, who according to both Syrian and US intelligence sources, was one of Abu Ayman’s main fund-raisers. He insists that Abu Ayman’s men shot and killed two of our kidnappers.”

Ultimately, Engel concluded:  “We have not been able to get a definitive account of what happened that night. But based on all of our reporting, it is clear that we were kidnapped by a criminal gang for money and released for propaganda purposes. We still cannot determine whether we were set up to be kidnapped from the start, and we have found no evidence that the Iranian and Lebanese prisoners whom we were headed to see existed.”

The New York Times, which provoked Engel’s re-reporting and essay with its own investigation, said its reporting “suggested that Mr. Engel’s team was almost certainly taken by a Sunni criminal element affiliated with the Free Syrian Army, the loose alliance of rebels opposed to Mr. Assad.”

The Times pointed out that NBC knew that it was possible Engel was really kidnapped by the Sunni criminal group but didn’t report it at the time. “Current and former NBC employees and others who helped search for Mr. Engel, including political activists and security professionals” told NBC News that Engel could have been kidnapped by Sunnis but “the network moved quickly to put Mr. Engel on the air with an account blaming Shiite captors and did not present the other possible version of events.”

NBC faced some problems in re-reporting because “many of those directly involved, including the leader of the group that rescued us, have since been killed,” others are refugees or can’t be found, and NBC can’t get to the area where the kidnapping occurred because of ISIS’s presence in Syria, Engel wrote.  But he was able to interview “dozens or sources inside and outside of Syria, including two sources with first-hand knowledge of events.”

Reactions: This is because of Brian Williams, a Problem for NBC News not Engel

Vanity Fair, which in 2013 published Engel’s first-person account of the kidnapping, has now published an editor’s note about Engel’s re-reporting of his kidnapping and the New York Times investigation.  The editor’s note reads:

“Editor’s Note: In a post on nbcnews.com on April 15, Richard Engel explained that he had come to a different conclusion as to the identity of the group that kidnapped him and his NBC News team in Syria in 2012. Prompted by new information, including from The New York Times, Engel re-reported this aspect of his ordeal. He now believes that his captors were not Shiite shabiha allied with the Assad regime but rather members of a Sunni criminal group with no fixed allegiance, who deliberately led their captives to believe they were Shiite militia. Engel’s full post can be found here. A subsequent Times article can be found here.”

Jay Rosen argued that this is a good reason for television networks to have ombudsmen.

None of the big commercial networks think they need a public editor. They are so wrong. Today is a perfect example: http://t.co/vtcLkwGaDM

Glenn Greenwald called for NBC News to be transparent about what it knew.

NBC’s refusal to address what its execs knew about the Engel kidnapping is inexcusable & a huge blow to its credibility if it continues.
— Glenn Greenwald (@ggreenwald) April 16, 2015

CNN’s Brian Stelter suggested Engel came forward to reveal the changes in his story because of Brian Williams’ exaggerated stories that led to his six-month suspension earlier this year.

“NBC’s Richard Engel has revised his account of his 2012 kidnapping in Syria — something that probably never would have happened if Brian Williams hadn’t become caught up in controversy over war zone exaggerations,” Stelter reported, noting that “The Times is not charging that Engel — NBC’s chief foreign correspondent — intentionally misled anyone.”

“No one is suggesting Engel intentionally distorted the situation,” Rieder wrote. “That’s not NBC’s problem.”

NBC’s problem is that it knew the kidnappers were Sunni not Shia but didn’t tell Engel.  “That means — if the Times’ account is true, and there seems no reason to doubt it — that NBC allowed Engel to go on the air and repeatedly assert that the forces of Assad had done the deed, when its execs knew full well that didn’t seem to be the case,” Rieder explained. “That’s simply inexcusable.”

Rieder also called out NBC for “stonewalling” by not commenting outside of Engel’s article. ‘Yes, Engel came forward and commendably set the record straight,” he wrote. “Yet NBC won’t deal with what it knew, when it knew it and why it acted like it did.”

Rieder went on, “Make no mistake, this is a big deal. Props to The New York Times for its digging, and to Engel for taking the challenge seriously and correcting the record. Now it’s time for NBC to knock down the stonewall and come clean about just what happened.”

CNN’s Stelter noted that “The executives who were in charge of NBC News when the kidnapping occurred are no longer in their respective roles.”