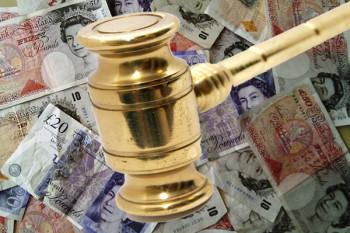 “George not only caught this person out, but he also went out of his way to warn as many people as possible of the dangers in engaging in any way with this individual.

“We have written to News Corp asking them to supply us with a copy of the offending video.

“It’s possible non availability or confirmation of its destruction will lead us into other potential litigation but we will reserve on our position until we hear back.”

Mahmood was fired in October after he was sentenced to 15 months in prison for his role in a sting of UK pop star Tulisa. He said she was helping him get drugs, but she says she thought she was auditioning for an acting role (Mahmood was posing as a film producer). Charges were brought against Tulisa, but the charges were dropped when the judge said Mahmood lied and manipulated his witness’s statement. Then, charges were brought against Mahmood and his witness for conspiracy to pervert the course of justice, and he was found guilty.

According to Press Gazette, Galloway says Mahmood posed undercover and tried to “trick him into discreditable conduct.” Then, Galloway started posting pictures of Mahmood online, but Mahmood got a temporary injunction to keep his picture private.

Last month, Sarah Ferguson, Duchess of York filed a lawsuit against News UK over a sting in 2010 that showed her on camera offering to introduce Mahmood to her ex-husband Prince Andrew for a large sum of money.

A 2015 Courthouse News Service article reported Bryan is suing for $50 million over 1990s stings by Mahmood. Bryan’s lawyer, Dave Affeld, told iMediaEthics by e-mail, when asked for an update on the case, “In response to John Bryan’s complaint the defendants filed a special motion to strike the complaint under California’s anti-SLAPP statute.  On May 10, 2016, we defeated that motion. The defendants took an appeal.  That effectively put the case on hold until the appeal is resolved.  The defendants have not yet filed their opening brief on appeal.  We expect that the next event in the case will be the filing of that opening brief.”