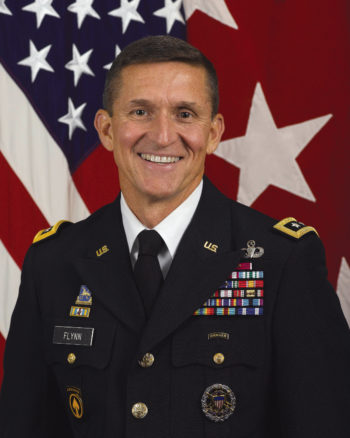 iMediaEthics asked the Times when and how the error was caught and if the article made it to print. New York Times spokesperson Danielle Rhoades Ha told iMediaEthics by e-mail, “No, the error did not make it into print. We will let the correction speak for itself.”

News Diffs, the website that tracks changes to stories on sites including the New York Times, indicates that the correction was made four hours after publication. 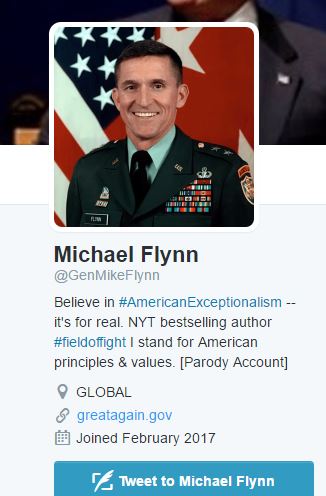 The article now carries a correction reading that it originally “quoted three posts from an unverified Twitter account purporting to be Mr. Flynn’s, responding to the resignation.” Those posts included:

While I accept full responsibility for my actions, I feel it is unfair that I have been made the sole scapegoat for what happened. (1/2)

But if a scapegoat is what's needed for this Administration to continue to take this great nation forward, I am proud to do my duty.

I have recommended that @POTUS appoint Vice Adm Harward to be my successor as NSA. (1/2)

Below, see screenshots from News Diffs’ archive of the original Times article. In green underline is text that the Times removed. 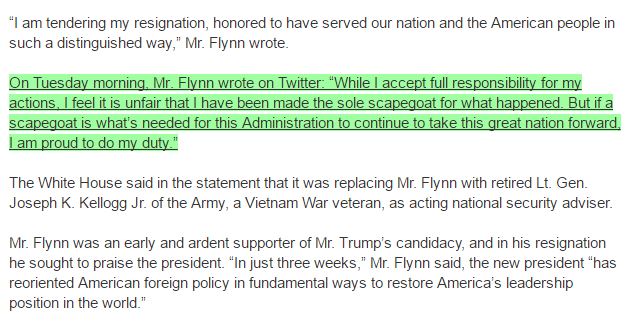 The Times deleted the text in green. (Credit: NewsDiffs, screenshot)

The Times deleted the text in green. (Credit: NewsDiffs, screenshot)

The article also has a correction about when “the White House sent out a series of conflicting signals about Michael T. Flynn.”