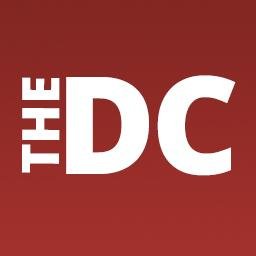 The tweet and article headline read, “Here’s The Photo Some People Described As A Nude Selfie Of Alexandria Ocasio-Cortez.” The headline and story still appeared in our search on the Daily Caller‘s website yesterday morning, but the link went to an error page.

At a slightly different URL you can now find the story with the new headline, “Anthony Weiner Mistress stands up for AOC after Evil Internet Trolls spread fake nude photo.” That article carries this correction:

Correction: An earlier version of the headline for this story made an inaccurate implication. The story has since been updated for accuracy.

Ocasio-Cortez tweeted that the Daily Caller posted the fake image “and refused to indicate it was fake in the title as well.”

After Ocasio-Cortez called out the article, the Daily Caller responded on Twitter, writing that it “deleted and fixed” the headline after editors saw it, and that “We regret the error, as the intent was to inform our audience that a fake image was circulating online.” Ocasio-Cortez responded that “this is not an apology” and claimed, “you’ve been posting hysteric, misrepresentative articles about me nonstop – many within 24h.”

The Daily Caller‘s editor-in-chief Geoffrey Ingersoll told the Wrap it was a “bad call on the headline side,” and argued the article was “actually a defense of her. The URL is literally ‘fake-nude.'”

Ingersoll also tweeted, “The story is about how your enemies – who Betsy describes as both horrible and evil – conjured up this fake nude and spread it online. You must just be trying to score cheap political points since there is no way you could have a real issue with her post https://dailycaller.com/2019/01/07/fake-nude-ocasio-cortez/ …“