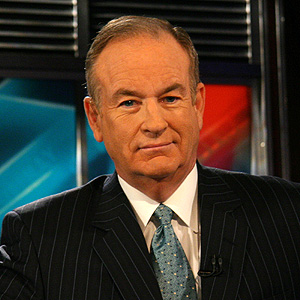 Does media ownership have a responsibility to their staff to defend reporters against suggestions of violence? When Bill O’Reilly and Bernie Goldberg said on O’Reilly’s shows that they want to attack New York Times reporters with baseball bats, did the Times let down their reporters by never responding?

O’Reilly: The New York Times attacks me, Bay Buchanan, Jim Pinkerton. We’re all racists, white supremacists, because we don’t want blanket amnesty…if you were me…how would you have reacted?

Goldberg: Well, I would probably gotten a baseball bat and gone down to The New York Times with it and found the person who wrote the editorial. But that’s me…

O’Reilly: Well, I’m going to get your baseball bat. I’ve got a couple, but I have good ones and I don’t want to break them. We’ll be down there together. Because I think they are just corrupt.

Times ownership also never reacted in 2002 when Ann Coulter incited violence against the Times staff. She said “my only regret with [Oklahoma City bomber] Timothy McVeigh is he did not go to the New York Times building.” Asked later if she regretted the comment, she said “Of course I regret it. I should have added ‘after everyone had left the building except the editors and the reporters.'”

We have asked the Times and FOX News for comment.

David Neiwert of CrooksandLiars.com weighed in on the impact of such right-wingers “joking” about violence last July. He wrote, “Rhetoric like this has historically played a critical role in some of the ugliest episodes in American history, as well as thousands of little acts of xenophobic brutality: functionally speaking, it gives violent — and frequently unstable — actors permission to act on these impulses. People like this always believe they’re standing up for what ‘real Americans’ think — and the jokes tell them that this is so.”

Whether left or right, nothing about these threats constitutes ethical journalism.