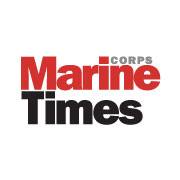 The Marine Corps Times, a news outlet independent of the military, published the name of a Marine reservist who has been harassed after nude photographs of her circulated online.

The article, published last month, reported that the reservist, who had sold photos and videos of herself on a UK website, has been harassed after someone found the photos and video and shared them with others at Camp Wilson, California. The reservist talked to Marine Corps Times via social media and e-mails and told the news site she “only showed her face in one of the videos,” according to the Marine Corps Times.

The Times added an editor’s note that acknowledges the site unpublished the woman’s name and rank and changed the main photo.

The editor’s note reads: “Editor’s note: This story has been republished to remove the name and rank of the Marine who complained that her photos were taken. The story photo, which she had provided to Marine Corps Times, also has been changed.”

According to Newsweek, U.S Marine Corps Captain Joseph Butterfield sent an e-mail to the Marine Corps Times asking it to retract the story and complaining about the identification of the reservist, arguing she was an inexperienced source who should have been given anonymity.

“We understand that the timeline with this interview may have been different than is customary when requesting to be an anonymous source (i.e. she may have given the interview and then requested anonymity after the fact), but we do not believe that you can reasonably expect a service member who is unacquainted with the process for requesting anonymity to request it in the typical manner,” Butterfield wrote, according to Newsweek, which republished his e-mail.

“Regardless of the situation, we believe your article unjustifiably placed one of our Marines in a position that only served to exacerbate the backlash that she was already dealing with…regardless of how you engage with our Marines, either officially or unofficially, we believe they should be treated with respect and dignity.”