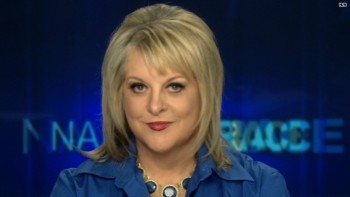 Michael Skakel, the nephew of Ethel Kennedy, is suing Nancy Grace for libel after the television journalist wrongly stated there was DNA evidence that “tied him to Martha Moxley’s 1975 murder,” the New York Times reported.

“Where no such DNA evidence was found, a statement to the contrary is not just a minor inaccuracy that does not alter the underlying meaning of the reporting. Rather, the distinction between hard scientific evidence found at the scene of a murder and lack of any DNA evidence is stark,” she wrote.

Grace’s guest legal commentator Karas mistakenly said on her HLN (formerly Headline News) show January 2012 that Skakel’s “DNA was found” near where Moxley was killed, which is inaccurate.

Grace’s and Karas’ inaccurate comments were made while Skakel was attempting to get a new trial.

The broadcasted exchange between Grace and Karas was, according to The Hollywood Reporter:

Convicted 27 years after murder, Now out on appeal after 11 years in prison

Bryant’s ruling stated that the comments in question “imply that hard, unfeeling, scientific, and direct evidence linked Skakel to the scene and conclusively corroborated his guilt, when such scientific certainty did not exist.”

“This conclusion is particularly apt because the assertion that Skakel’s DNA was found near the Moxley crime scene not only is unquestionably false, it is also materially false. The presence of DNA at a crime scene is the type of evidence upon which most people would rely and would erase any notion of innocence.”

Bryant didn’t decide if Skakel is a private or public figure.

Bryant also pointed to other high-profile court cases covered in the media and how often public opinion finds people guilty of crimes that courts don’t. As example, she wrote, “To illustrate this point one need only contrast the conclusions of the courts of justice with the conclusion of the courts of public opinion in the OJ Simpson, George Zimmerman, and Michael Dunn cases.”

The Hollywood Reporter uploaded the ruling, embedded below.

HLN’s Karen Reynolds told iMediaEthics by e-mail, “We are aware of the ruling and we are evaluating next steps.” Karas told iMediaEthcs she has “no comment right now.”

iMediaEthics has written to Skakel’s attorney, Turner Broadcast Systems, and Time Warner for comment. We’ll update with any additional information.