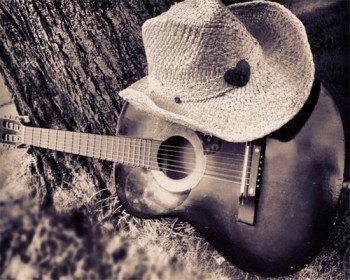 The topic of country music came up in response to Ted Cruz’s comments that he started listening to country music after Sept. 11, the Washington Post reported.

The guest, Ebony.com senior editor Jamilah Lemieux, said on MSNBC’s Now w/ Alex Wagner, while laughing that “Nothing says ‘Let’s go kill some Muslims’ like country music, fresh from Lynchburg, Virginia. Someone who obviously does not want to be a polarizing candidate, he wants to bring people together, I mean — really? That’s absurd.”

Later, host Ari Melber apologized. “We have a programming note. A few minutes ago on this show, a guest made a comment about country music. That comment was not appropriate, and we want to be clear this network does not condone it,” Melber said.

Video over at Mediaite.

Newsbusters and the Washington Post noted that last year Ebony had to apologize for Lemieux’s tweets about the Republican National Committee’s Raffi Williams, who is black. She tweeted: “Oh great, here comes a White dude telling me how to do this Black thing. Pass.”

iMediaEthics has written to MSNBC and reached out to Ebony.com senior editor Jamilah Lemieux for comment.