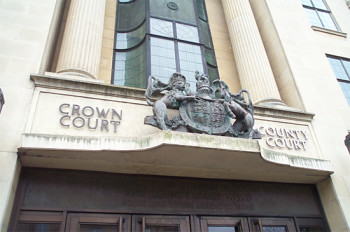 Ian Edmondson, the former News of the World head of news prior to the newspaper’s 2011 closure, pleaded guilty this month to phone hacking between the years 2000 and 2006.  According to the Guardian, Edmondson’s “decision to plead guilty means that eight of the 10 so far charged and dealt with for phone hacking at the NoW have been convicted or pleaded guilty.”

Others convicted or admitting to hacking are:

Edmondson previously had been charged and scheduled for trial during the original phone hacking trial against Rebekah Brooks, Andy Coulson and others. He pleaded not guilty then but was released from the trial for medical reasons, the Guardian reported.

He just changed his plea now that he is well enough for trial. He will be sentenced next month.

Edmondson’s lawyer, Sallie Bennet-Jenkins, said he knew Glenn Mulcaire was a hacker, but he allowed him to hack because his bosses told him to do so.

According to the Guardian, the prosecutor indicated Edmondson wasn’t the worst News of the World staffer in terms of number of hacks and tried to get Mulcaire fired. The prosecution also has a tape of Edmondson admitting to hacking.

Later on, Edmondson often used Mulcaire though. “Between July 2005 and August 2006 records showed there were 800 calls and texts, or 90 a month,” the prosecution said, according to the Guardian.

The UK police found that 334 pages of Mulcaire’s 8,000+ pages of notes listed Edmondson as requesting hacks.

And, Edmondson was “responsible for 23.9% of the newsdesk orders to Mulcaire,” the Huffington Post reported.

Edmondson had Mulcaire hack the phones of Jude Law, Sienna Miller, Paul McCartney and many others.