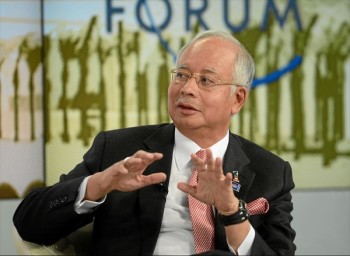 The June 3 lawsuit is particularly newsworthy because it is the first time a Malaysian prime minister has sued a Malaysian news outlet, according to Global Voices.

Just last week iMediaEthics wrote about a libel lawsuit against a Singaporean blogger filed by the country’s prime minister. That was also a first because a Malaysian government official had never sued a blogger for libel before this.

In question with the Malayasiakini lawsuit are anonymous negative comments about the prime minister written by readers, Global Voices reported.  Malaysiakini had collected some comments and re-published them in its “Yoursay” section, “where comments on a particular news article are compiled into one news story.”

One of the comments in question claimed the prime minister had “many skeletons in his closet.” Other comments included someone calling him the “worst performing PM in Malaysian history,” who is “breaking his promise” to the country and is “letting his wife … run the show.”

Malaysiakini’s editor-in-chief Steven Gan vowed to defend against the lawsuit.

“In a letter to Malaysiakini, the law firm of Hafarizam Wan & Aisha Mubarak demanded an unconditional apology, the retraction of articles deemed defamatory, as well as a promise to never again publish comments that contain what the lawyers called ‘generally empty accusation and ill-intentioned allegations.'”

The lawsuit also called for a print apology, according to the Malay Mail Online.

“We regret that the prime minister has opted for legal action instead of using his right of reply.

“This libel action is disastrous for freedom of information in Malaysia because it means that any news outlet can be sued whenever it allow its readers to express their views. We urge the prime minister to reverse course and let people criticize him.”

Reporters without Borders lists Malaysia as 147 of 180 on the 2014 press freedom index, which means that only 33 other countries have more restrictive press freedom than Malaysia in their view.

iMediaEthics has written to the prime minister’s legal representatives and Malaysiakini for comment.