NY Times Gets Philosophical: If a Tweet exists in the media forest - but few hear it - does a scoop exist? 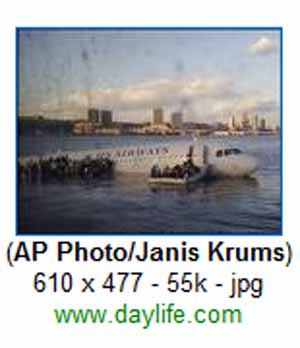 Robert Mackey, on the The New York Times blog “The Lede”, questioned the impact of citizen journalism.  Citizen journalists don’t scoop mainstream media, according to Mackey, rather, they tip them off to major stories.

“If an eyewitness tweets a report of a news event and it is not picked up, echoed and amplified by news organizations,” he asked, “is it qualitatively different than an eyewitness account shared with even a large number of friends and acquaintances by word of mouth?

Mackey bases his analysis on two recent Twitter posts: Janis Krums’s photo of US Airways Flight 1549 after it landed in the Hudson, and Mike Wilson’s post immediately after the plane he was on crashed at the Denver airport in December. In arguing his point, he asks, “Given that only a small number of people were aware of Mr. Krums’s photo post before he appeared on television to talk about it ­ communicating his experience via the medium that made most people aware of the crash ­ can his initial, self-published report, which was available to the world but only received by a relatively small number of Twitter users, really be called a scoop?”

Mackey gives more evidence that social media sites don’t compare with “old media” websites. Twitter crashed when flooded with people – about 7,000 – trying to view the Krums photo. Any major site that “couldn’t handle 7,000 requests to see an image at once could hardly be called a functioning news site,” he writes.

Mackey also talks about the value of the footage that citizen journalists post. He says they are cheating themselves out of major paydays by posting their images for free, citing the $65,000 that Worldwide Television News paid in 1996 for an eye-witness’s video footage of an plane crash. He compared Krums case and suggested he made zero. However this claim is false.

User PDN (Photo District News) Twittered on January 16th (emphasis ours): “For the record: AP bought the rights to distribute the now-famous US Airways crash photo“. (See also the photo credit that Krums now shares with AP Photos–illustrated above).

AP Director of Photography Santiago Lyon told PDN, “I can confirm we purchased the rights to the photo of the airliner in the water from Janis Krums, recognizing its newsworthiness and timeliness during an especially hectic afternoon and evening.”

I alerted Mr. Mackey to the error, and in an email response he said, “Now that I have this information I will certainly update the original blog post to reflect it.”