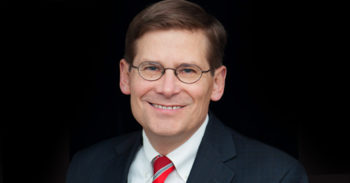 When publishing former CIA chief Michael J. Morell’s endorsement of Hillary Clinton for president, the New York Times should have disclosed to readers that he currently works for a public relations firm founded by a former Clinton aide, the newspaper’s new public editor, Liz Spayd, wrote over the weekend.

Morell’s Aug. 5 opinion piece, “I Ran the C.I.A. Now I’m Endorsing Hillary Clinton,” got a lot of press. Morell is identified by the Times as “the acting director and deputy director of the Central Intelligence Agency from 2010 to 2013.”

But, Gawker pointed out Friday morning that Morell “fails to disclose that he left the CIA in 2013 to join Beacon Global Strategies, a consulting firm founded by longtime Clinton aide and ally Philippe Reines.”

Times Op-Ed editor Jim Dao told Spayd that he didn’t think there was a conflict because he believed Morell’s decision was based on his CIA career relationship with Clinton, not anything he found out from his PR firm, which Dao noted is bipartisan.

Dao told Spayd, “What we came away with was a firm belief that his opinion originated solely from his experiences working closely with Mrs. Clinton in crisis situations, as well as his deep dislike for Trump’s views and personality.”

iMediaEthics has written to Morell via Beacon Global Strategies seeking comment about this.

For her part, Spayd said she believed the argument that his endorsement was based on his professional working relationship at the CIA but it was wrong for the Times not to cover its bases and disclose his current job’s ties to Clinton.

“The error, in my view, was The Times‘s failure to disclose the firm that Morell works for and its links to Clinton,” she wrote. “That wouldn’t have discredited the piece, but it might have given readers a more transparent understanding of who the author was.”

According to the Intercept, Beacon Global Strategies gives “high-profile foreign policy guidance to Hillary Clinton, Marco Rubio, and Ted Cruz, among others.” Its website doesn’t appear to list clients but has defense contractors on its client roster.