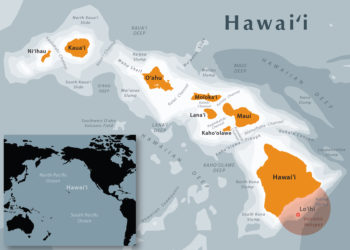 The conservative website has retracted the article, and the author of the piece apologized for publishing the story, but one reporter, Joe Perticone, resigned.

“IJR published an article that does not meet our editorial standards or represent IJR’s vision or values. We have retracted the story, and we deeply regret the error. The original is linked here.”

It reported Obama went to Oahu this week and noted that the Hawaiian federal judge Judge Derrick Watson, who ruled against Trump’s ban, went to Harvard with Obama and was appointed during Obama’s two terms as president.

The article stated, “This is not to allege the former president met with Judge Derrick Watson, but merely to point out the timing and the opportunity was there ahead of a controversial court ruling.”

According to Politico, “The theory of Obama having a connection to the federal judge’s ruling was also promoted on sites with a conspiracy theory bent including InfoWars and Gateway Pundit.”

Before being retracted, the article was amended after publication and carried an editor’s note reading:

“This story has been updated to remove unnecessary speculation about the timing of the visit. We apologize for any undue conclusions that might have been drawn from the report.”

iMediaEthics has written to IJR to ask how long the article was published before being edited and then removed.

Becker, the author of the IJR report, apologized to fellow staff members in an e-mail posted on Twitter by Business Insider’s Oliver Darcy.  Darcy also tweeted that IJR’s congressional reporter Perticone quit. iMediaEthics has written to Perticone to ask for more information.

“I take responsibility for showing a lack of judgment with the execution of a story this morning of already dubious pedigree that I would have done better just avoiding,” Becker wrote in part about his now-retracted article.

“I attempted to execute the story carefully, but crossed the line when I alleged a connection that was not based in fact,” he added. “I was wrong to cross that line, and should have shown restraint by not publishing the story in the first place, regardless of how interesting I thought it was personally or potentially of interest for the audience to debate.”