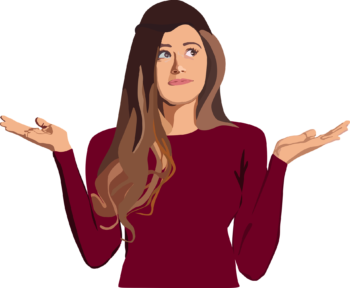 Rubin cites the ABC News/Ipsos poll, which shows support for conviction by 56% to 43%. A similar poll by CBS News/YouGov, also started and completed in February (but released after Rubin’s column), finds virtually the same pattern: 56% in favor to 44% opposed.

As the chart shows, these results do seem to represent a higher level of support for conviction than other polls, all conducted in late January. But there is reason to doubt a significant movement.

The four organizations listed in the chart above on the right — Quinnipiac University (with a 5-point margin in favor of conviction), Gallup (7-point margin), Marist University (9-point margin) and Monmouth University (8-point margin) – all conducted their polls by phone with live interviewers. And there is no clear trend line for these polls that shows an increase in support for conviction.

By contrast, the CBS/YouGov and ABC/Ipsos polls (12 and 13-point margins in favor of conviction) were conducted online, with respondents who had been selected to be part of an ongoing panel. The higher support for conviction in those two polls could be due to the different ways the interviews were conducted (panel vs. phone), and not necessarily because they were conducted more recently.

Evidence for this possibility is provided by a Pew Research study, which found that it is quite common to find differences between self-administered [online] surveys and interviewer-administered [phone] surveys. That conclusion is particularly true with questions about political figures. The study compared the ratings of seven political figures and found that “very negative ratings are less prevalent for all seven items on the phone than on the Web.” Translated: Respondents have been found to express more negative opinions in an online survey than they would in a phone survey.

Had CBS/YouGov and ABC/Ipsos conducted their polls by phone, they might have obtained results similar to those by the other four pollsters.

The AP/NORC poll on impeachment, it should be noted, is also a panel-based operation. One might expect its results to be similar with the other two panel-based polls. But AP/NORC’s results are quite different from all the rest – 47% to convict, 40% to acquit, and 12% with no opinion. The reason? Unlike all the other polls, the question included in the AP/NORC poll asked if respondents thought the Senate should or should not convict Trump, “or don’t you know enough to say?”

That “do not know” option gave respondents permission to admit they might not have an opinion, and 12% took the option. Had the AP/NORC poll used a forced-choice question (one which does not provide an explicit “no opinion” option in the question), as did the other polls, it might have found results similar to those found by ABC and CBS.

And we have to keep in mind also, that most polls during the election correctly predicted a Biden win, but  underestimated Trump’s support by significant margins. It’s possible that these polls are committing the same type of error. By how much, we just don’t know.

We can’t be sure how many Americans really want Trump convicted, nor whether the number is increasing or not. The polls do show us that the public is quite divided. Much like the U.S. Senate.