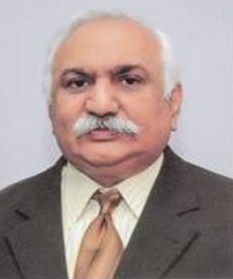 Pakistani journalist Babar Ayaz called for the long delayed Pakistan’s press council to be finally set up, in a June 29, Daily Times column.

Ayaz wrote that an ordinance established the press council in 2002 and was approved by parliament but that eight years later, the council still hasn’t been fully established.  The council has the authority to “take appropriate action against a publication or a journalist” and if that action is ignored, the council can temporarily suspend the publication, Ayaz stated.

The ordinance was approved Oct. 26, 2002 and said that nominations for the council’s 19 members should be filed within 30 days of the ordinance’s passing.

But, Ayaz responded that while two chairmen were appointed, they “both left within a short span of time.”

Ayaz reported that Apakista(APNS) and the Council of Pakistan Newspapers Editors (CPNE) said they each nominated four members, but listed the Pakistan Bar Council, Higher Education Commission, two National Assembly leaders, a mass media educationist and a woman member as not having nominated anyone yet.

“The government I think is not serious about developing any self-regulatory institutions because this gives them an opportunity to misuse the media,” Ayaz wrote in an e-mail to iMediaEthics.  “It is the biggest corrupter of the media in Pakistan, However I think if the journalists community keeps on pushing the government to make PCP and Media Council for the broadcast media continues to the government would have to give in.   Pakistan is still an infant democracy where hopeful institutions would develop if the army does not interrupts the evolution of democratic process.”

In a second e-mail to iMediaEthics, Ayaz clarified to say he thinks the government’s lack of action in activating the council is for many reasons including “inefficiency and lack of understanding what should be done,” and “feeling that they should have room for manipulating the media.”

Ayaz wrote earlier, on June 29, that currently, the press council is “manned just by a section officer.”  He wondered why the media can’t criticize itself but can criticize the government. “Consistent self-evaluation is the only way to improve qualitatively.”

Because the press council hasn’t been completed, Ayaz noted that if a journalist or organization is unethical, nothing can be done.

Pakistan Media Watch wrote June 29 that the council might not be the best answer to media ethics problems.  “But I am certainly convinced that something needs to be done. Pakistan’s media is finally free – but it still fails too often to be fair and factual.”

The press council would only be able to address print media issues, Ayaz wrote.

Meanwhile, Declan Walsh reported in The Guardian July 1 that a proposed law in Pakistan would curb electronic media if passed.

Walsh wrote that a bill from the Pakistan Electronic Media Regulatory Authority (PEMRA) proposes jailing TV journalists for as many as 3 years for airing “anything defamatory against the organs of the state,” namely footage of suicide bombings.  The bill “could be used to quell criticism of the government and army on the country’s private television networks,” Walsh wrote.

PEMRA was established in 2002 “to facilitate and regulate private electronic media.”

Ayaz wrote in his July 13 column that the Pakistan Broadcasters Association (PBA) has submitted a draft for self-regulation and its own press council, but that PEMRA hasn’t accepted it and has created a committee to come up with some compromise between the PBA and PEMBRA.

“Though the issue needs urgent attention it seems that the government is in no hurry perhaps because once the self-regulation code is accepted, PEMRA control on the channels would be diluted,” Ayaz wrote.

In October 2009, Pakistan was ranked 159th out of 175 for countries with press freedom by Reporters without Borders.