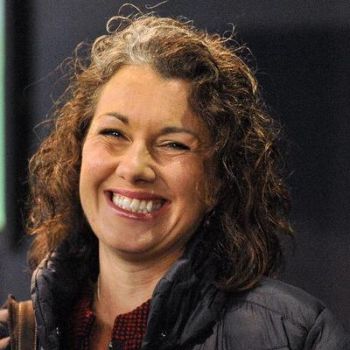 The Sun published a headline and photo captions in February claiming Champion said May “‘doesn’t fully understand child abuse’ because she’s not a mum,” and that Champion was being criticized for those comments.

The story itself reported that Champion said in an interview with another publication that David Cameron “got it and I think he got it because I went to him as a dad rather than as a politician…so, we engaged with him on that level, which is why he then crusaded as a dad.” Further, the story reported May “was great when she was Home Secretary then as soon as she shifted to PM it’s dropped off the radar. It’s clearly not a priority for them.”

However, Champion complained to the UK press regulator the Independent Press Standards Organisation that the article conflated her comments about Cameron and May to claim Champion was criticizing May for not being a parent. “It had taken two unrelated statements, which she had made to The House magazine about David Cameron and Theresa May, and had made a wholly unsubstantiated inference and had attributed it to her,” IPSO reported that Champion alleged.

The Sun defended its article as an accurate interpretation and reporting, but offered to change its online headline and post a clarification, but Champion rejected that offer, having IPSO rule on the matter.

IPSO agreed that the article itself accurately reported on Champion’s interview; however, the headline, subheadline and photo captions inaccurately reported that Champion criticized May because she was not a mom when Champion didn’t give any reason for why she thought May hadn’t paid more attention to the issue.

“The newspaper had been entitled to take a view on what the complainant had meant by her comments,” IPSO ruled. “While her actual words had been distorted in the headlines and in one of the online photo captions, they had been properly set out in the article itself.”

iMediaEthics has written to the Sun and Champion.

“An article headlined “‘LOW BLOW’ Labour MP Sarah Champion says Theresa May ‘doesn’t fully understand child abuse’ because she’s not a mum” (15 Feb), reported comments made by Sarah Champion MP that the issue of child abuse had “dropped off the [government’s] radar”.
“While Ms Champion did say that David Cameron had “got” the issue of child abuse because he was a father, and contrasted that to PM Theresa May’s not prioritising the issue, she did not explicitly say that Mrs May had not prioritised it due to her not being a mother. This correction has been published following a complaint upheld by IPSO.”