Are Americans More 'Pro-Life' or 'Pro-Choice' on Abortion? Question Wording Makes a Difference. So Does Timing. (Analysis) - iMediaEthics

Are Americans More ‘Pro-Life’ or ‘Pro-Choice’ on Abortion? Question Wording Makes a Difference. So Does Timing. (Analysis) 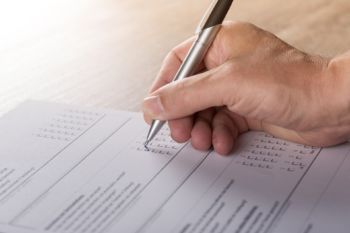 In a recent article in National Review, Ramesh Ponnuru cites Gallup data suggesting that women are more “pro-life” than “pro-choice.” The article was prompted by a claim from Meghan McCain, TV commentator and daughter of Senator John McCain, that half of American women agree with her “pro-life” stance.

In a recent episode of The View, McCain made clear what her stance means: “I believe abortion is murder, I believe that life begins at conception.” She also claimed that “47% of Americans are pro-life.”

Gallup polls over the years do show that when it comes to labeling themselves, Americans tend to be almost evenly split between the two categories. The latest Gallup poll on this topic, May 2020, found 48% of Americans saying they were “pro-choice” and 46% “pro-life.”

[Note: Terminology surrounding abortion is loaded. The Associated Press advises using the terms pro-abortion rights and anti-abortion instead of “pro-life” and “pro-choice”; in this article, we are using the terms used by those quoted and the pollsters in question.]

It’s noteworthy that there was a significant gender gap that year: Women self-identified as more “pro-choice” than “pro-life” by 53% to 41% — a 12-point difference. Men had almost the opposite pattern. They were more “pro-life” by 51% to 43% — an 8-point margin. That represents a 20-point swing between women and men.

These results undercut McCain’s claim, which Ponnuru thinks is reasonable, that half of American women are “pro-life.”

Still, these numbers have fluctuated over the years. I suspect this is because the terms themselves are not understood the same way by everyone who participates in the polls.

Besides, there are other ways to look at the abortion question.

One way to assess abortion opinion is to look at the percentage of people who support Roe v. Wade, the Supreme Court decision that declared women have a constitutional right to have an abortion (at least in the first three months of pregnancy) if they so choose.

As the graph from Gallup shows, by about a two-to-one margin, Americans are opposed to overturning Roe v. Wade.

But it’s not just Gallup that shows such a large majority in favor of Roe v. Wade.

Regardless of how one understands the terms “pro-life” and “pro-choice,” when it comes to Roe v. Wade, the position to overturn is clearly a minority view.

As Lydia Saad notes on the Gallup website, “Trimester Still Key to U.S. Abortion Views.” According to Gallup’s latest poll on this issue in May 2018, 60% of Americans believe abortion should be legal during the first three months of pregnancy, 28% in the second three months, and just 13% in the last three months.

These views have varied only slightly over the past two decades. The majority views are consistent with Roe v. Wade, as Saad points out, when she writes “the interests of the mother are paramount in the first trimester, but the state has an interest in protecting the fetus after viability.” She cites the specific wording of the decision:

“For the stage subsequent to viability, the State, in promoting its interest in the potentiality of human life, may, if it chooses, regulate, and even proscribe, abortion except where necessary, in appropriate medical judgment, for the preservation of the life or health of the mother.”

She also points there is little difference between men and women on this issue. Women and men are generally twice as likely to choose the “pro-choice” position as the “pro-life” position.

Another, But More Ambiguous, Measure

In 1976, Gallup began asking: “Do you think abortions should be legal under any circumstances, legal only under certain circumstances, or illegal in all circumstances?” This effort to determine the outer limits of (top-of-mind) public opinion probably works decently well.

The results are instructive. About half or more of the public chooses “legal only under certain circumstances,” an answer that is amorphous at best.

However, the other two responses are more definitive — either “legal under any circumstances” or “illegal in all circumstances.” The results show that over the years, typically more people say there should be no restrictions on abortion than say it should be banned completely. That is true in the latest poll, by 29% to 20%.

With the 29% added to the 50% who say abortion should be legal “only under certain circumstances,” the poll suggests that about eight in ten Americans are “pro-choice” (they support the legality of abortions in at least some cases) and just 20% are “pro-life” (they oppose abortions in all cases).

In 1994, Gallup decided to split out the middle category, to get a clearer picture of what “certain circumstances” might mean. Respondents who picked that category were then asked, “Do you think abortion should be legal in most circumstances or only in a few circumstances?”

The final response categories include the following:

It’s not clear what “most” or “only a few” circumstances might mean, so any interpretation of the results is iffy at best. Also, it’s worthwhile noting that there is a linguistic imbalance in the response categories: Three of them say “legal,” while only one says “illegal.”

To make the question balanced, it would probably make more sense to have the following response categories:

The two negative categories mirror the two positive ones.

But Gallup wanted to preserve its trend, so Gallup continued to ask the original question and then added the second question to break down the middle response.

In 1995, however, the ABC News/Washington Post poll began asking the availability question with the balanced response set as shown immediately above. Unlike Gallup, ABC/WP had no trend it wanted to protect.

With the “balanced” question wording, the ABC/WP results have been quite different from Gallup for responses #2 and #3. Shown in the graph below is a comparison of the Gallup and ABC/WP polls in May-June, 2019. (Note: For the third option in orange, the “Legal Few” legend refers to Gallup’s response; the “Illegal Most” refers to the ABC/WP response.)

Note the humongous differences between the two polls when it comes to the second and third response options. Gallup shows a 26-point margin in favor of “legal in only a few cases” (39%) over “legal in most cases” (13%).

In his National Review article, Ponnuru concluded that Gallup’s figures on this question show most women are “pro-life” rather than “pro-choice.” But had he looked at the ABC/WP figures, he would have arrived at the opposite conclusion.

What the Polls Tell Us

Being “pro-life” or “pro-choice” means different things to different people. If “pro-life” means banning all abortions, or even banning all abortions except in cases of rape, incest, and to save the mother’s life, most Americans appear to be “pro-choice.” That is the conclusion one can draw from an NBC News/Wall Street Journal poll that specifically asked about that issue:

The results show that 56% of Americans support the legality either always or most of the time, another 29% would support abortion in cases of rape, incest, or the mother’s life. Just 12% would oppose abortions without exceptions. The last two categories (41%) suggest that even a flexible “pro-life” position is in the minority.

Also, as shown earlier, if one defines the differences between “pro-life” and “pro-choice” as support for Roe v. Wade, again the “pro-life” position is in the minority.

When it comes to self-labeling, however, the positions of the two groups seem to be about equal. And when it comes to the legality of abortions – most or all of the time vs. rarely or never – results vary depending on question wording (a “balanced” response set vs. the Gallup formulation).

As Saad noted, however, public opinion appears to be mostly negative about abortions beyond the first trimester, or what the Supreme Court referred to as the point of viability of the fetus. If the pregnancy was not caused by rape or incest, and the abortion is not needed to protect the health or save the life of the mother, public opinion about abortions in the second and third trimesters is decidedly “pro-life.”

Still, as this review makes clear, Meghan McCain’s claim that 47% of women share her “pro-life” views – that abortion is murder and life begins at conception – is not supported by the data. Most women (and men) support abortion access at least during the first trimester.

Corrected one sentence which incorrectly stated McCain and Ponnoru concluded women are “pro-life” than “pro-choice.”

Are Americans More ‘Pro-Life’ or ‘Pro-Choice’ on Abortion? Question Wording Makes a Difference. So Does Timing. (Analysis)