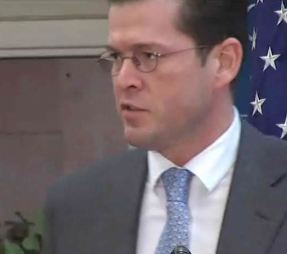 Karl-Theodor zu Guttenberg resigned as Germany’s defense minister this year after being accused of plagiarizing his doctoral thesis, Deutsche-Welle reported.  He also had the Univ. of Bayreuth, which gave him his doctorate, to take the doctorate back after the plagiarism controversy started.

The university has looked into his doctorate, but Guttenberg reportedly doesn’t want the results of that investigation made public. If so, his lawyers have reportedly stated they will claim breach of privacy, according to Deutsche-Welle.

“We want to make the conclusions public – they also address the question of whether it was a deliberate act,” the university’s president, Rudiger Bormann, is quoted as saying. “There is a strong public interest in the university’s appraisal of the case.”

Because none of the writers who Guttenberg allegedly plagiarized from have claimed Guttenberg violated their copyright, Guttenberg “is unlikely to be prosecuted.”