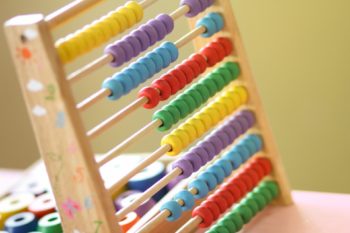 Part of Green Party presidential candidate Jill Stein’s justification for a vote recount in Pennsylvania is the “discontinuity between pre-election polls and the results.” There are other reasons as well, but it’s worthwhile to reflect on how persuasive the discontinuity argument by itself might be.

Previously I wrote on this website why I thought the results of early exit polls on Election Night sow doubt about the vote count. Whether that is a compelling justification in Pennsylvania, however, is up to the court system in that state. Clearly “sowing doubt” is not tantamount to providing proof, and if the latter is what the court requires, the discontinuity argument will not persuade.

Providing proof without a recount, however, would seem to be almost impossible, resulting in a Catch-22 situation. In Wisconsin and Michigan, the criteria for getting a recount are far less stringent.

For observers, who wonder about the utility of the recount effort, the question is this: Apart from the exit polls, how much doubt do the pre-election polls suggest about the vote count?

To answer that question, it’s useful to focus on Nate Silver and his fivethirtyeight.com colleagues, because Silver was the least bullish on a Clinton victory, even warning his readers a few days before the election that “Clinton’s position is worse than Obama’s” [at that point of the campaign in 2012].

Also, Silver’s final projection, that Clinton had a 71% chance of winning the Electoral College, was more cautious than either the Upshot at the New York Times (85% probability) or HuffPollster (98%).

These results point to how accurately the pre-election polls were in the last two presidential general election cycles, and how stunning it was when fivethirtyeight — and all of the other poll aggregators — were so wrong this year.

Below is a table of projections taken from Silver’s website for 2016: 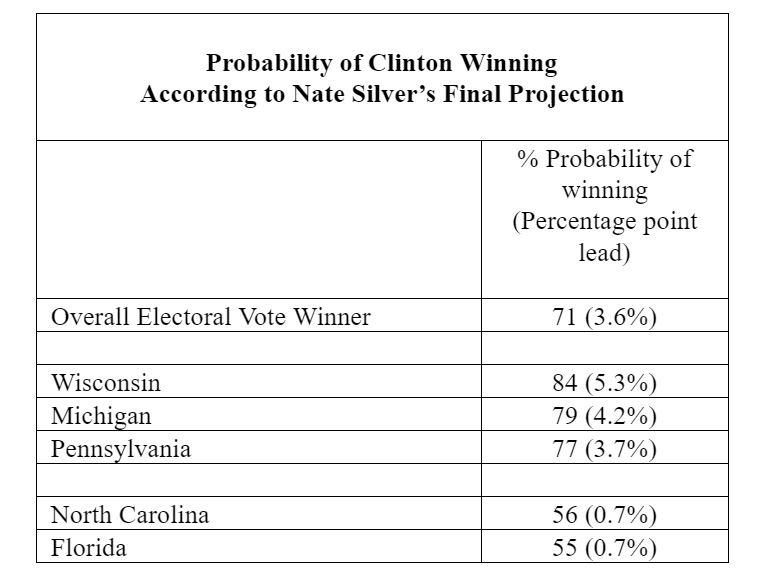 As the table shows, Silver predicted Clinton to win the national popular vote by a 3.6 percentage point margin, and it looks like she will win by at least 1.7 points (votes are still being counted in California). That prediction is not bad – just under two points off, maybe even less.

What’s the likelihood that Clinton would lose all five states, given Silver’s probabilities of her winning in each state? Less than .2 of one percent.

Stated differently, the odds of Clinton winning at least one of those five states, according to the probabilities in Silver’s projection, would be 99.87 percent. Yet, the vote count says she lost in all five states.

So, that’s the doubt. Either the polls – the pre-election polls and the exit polls – were all grossly wrong, or there’s something wrong with the vote count.

For some people, the vote discrepancies are so great as to warrant a recount. For others, the recount effort is a waste of time. The polls were lousy, so get on with it – figure out what was wrong with the polls.

What about Nate Silver? After all, it’s his stellar record in 2008 and 2012, compared with his apparent collapse in 2016, which helps provide doubt about the original vote count.

His reaction: Why I support an election audit even though it’s unlikely to change the outcome.

Sounds reasonable to me.