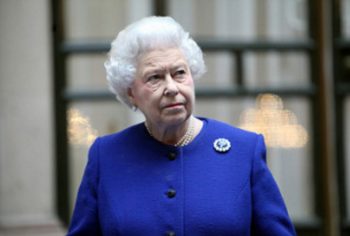 The March 9 UK Sun headline, “Queen Backs Brexit,” went with the Sun‘s anonymously sourced story claiming that Queen Elizabeth II supported Brexit, or the call for the UK to leave the European Union. The queen complained over the coverage, as iMediaEthics previously reported.

The Independent Press Standards Organisation ruled the “headline was significantly misleading and represented a failure to take care not to publish inaccurate, misleading or distorted information.”

“The headline contained a serious and unsupported allegation that the Queen had fundamentally breached her constitutional obligations in the context of a vitally important national debate,” IPSO said.

However, the IPSO ruling didn’t address the story itself — only the headline. In a column published by the Sun about the ruling, sent to iMediaEthics by the newspaper, the Sun said it stands by the story:

“We stand by all of it. We respect IPSO and understand why the Queen complained.”

See the Sun column below.

The Sun had to print the news of the IPSO ruling on its front page, with the full text on page two.

“The decision is the first time IPSO has ruled on the newly revised Clause 1 of the Editors’ Code of Practice, which makes specific reference to ‘headlines not supported by the text’ as an example of inaccurate, misleading or distorted information which the press must take care not to publish,” IPSO said in its ruling.