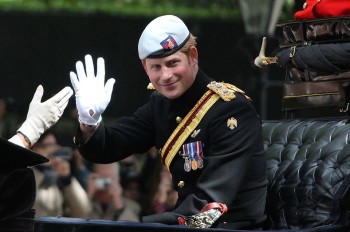 Prince Harry and Meghan Markle used the UK press regulator the Independent Press Standards Organisation to get a correction from the UK Sun.

The Sun’s article from April, “Not in Meg Back Yard,” claimed that the royal couple banned staff from using a car parking lot because it overlooks their new home,” which would inconvenience staff and cost them parking fees.

The article cited a “senior source” in the Royal Household denying the claim and saying the car park was only going to be limited, not fully shut down, because of the castle superintendent’s call. It also cited a “royal staffer” who suggested the move was actually just the royal couple not wanting to see staff.

Prince Harry and Megan Markle complained about the article’s accuracy, noting that the car park wasn’t being closed, but fewer staff would use it because of the castle superintendent’s use. Further, the royal couple were upset that the article claimed “low-paid” staff would have to pay for parking and that the article’s headline claimed it was their fault when their representatives, the “senior source,” told the Sun this information before publication.

The Sun denied it was inaccurate, saying it was reporting on the car park changes, and it “was reasonable to infer” the changes were because of the royal couple since they happened just before they moved into the home. The Sun also stood by its headline as a “play on words,” IPSO reported. But, because the royal couple complained, the Sun unpublished the article and posted an apology and correction.

IPSO ruled however that the article was inacurate because it claimed the changes were because of the couple when the Sun had their denials before publication and no evidence otherwise.

iMediaEthics has written to the Sun and representatives for Prince Harry and Meghan Markle.