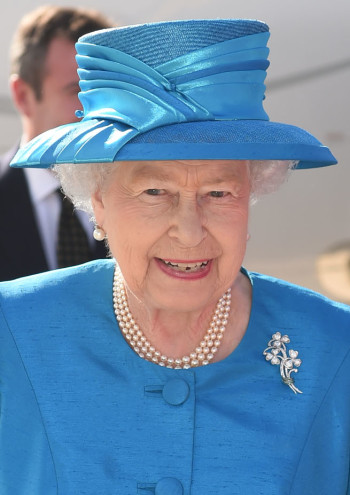 The UK Sun reported that Queen Elizabeth II supports Brexit, a movement for Great Britain to leave the European Union. But the queen denies the Sun‘s report and took her complaint to the Independent Press Standards Organisation, the UK press regulator.

Despite the queen’s complaint, the Sun stands by its reporting and published an editorial today arguing its anonymously-sourced story on the monarch was both incredibly newsworthy and accurate. The queen’s complaint was her first with IPSO, which launched in 2014 as a successor to the Press Complaints Commission.

“Should we be allowed to know our Queen’s position on the most important decision Britain has faced in more than 40 years? Of course we should,” the editorial states, asking “What sort of newspaper would The Sun be if we found out about [her views] and didn’t publish them?”

A spokesperson for the queen told the New York Times “the queen remains politically neutral, as she has for 63 years. We will not comment on spurious, anonymously sourced claims. The referendum is a matter for the British people to decide.”

The Sun argued the queen was upset because the story embarrassed her but that its story was based on two solid anonymous sources. The editorial said:

“The Palace has complained about our Page One story through sheer embarrassment. Nick Clegg, slippery as ever, can’t recall being harangued by the Queen. We stand by it 100 per cent. It was confirmed by two impeccable sources we will not name.

“Sun-hating critics who grandly refuse to trust unnamed sources plainly have no idea how many stories are given to journalists on condition of anonymity. The main Watergate source was unnamed for 30 years. It didn’t make his story any less true.”

The Sun‘s March 8 story, “Queen hailed as a backer of Brexit,” reported the queen gave a “stinging reprimand” to Then-deputy Prime Minister Nick Clegg critical of the EU based on anonymous sources but noted Clegg said he had “absolutely no recollection” of the alleged discussion with the queen.

Buckingham Palace confirmed its complaint to IPSO in a statement reported by Press Gazette.

“We can confirm that we have this morning written to the chairman of the Independent Press Standards Organisation to register a complaint about the front page story in today’s Sun newspaper. The complaint relates to Clause 1 of the Editors’ Code of Practice.”

The BBC’s Royal correspondent Peter Hunt noted that “it is unusual for the Queen to take action against a newspaper” and “a sign of the depth of regal displeasure.”

Hacked Off, which “campaigns for a free and accountable press” and “works closely with victims of press abuse” and is an IPSO critic, sent iMediaEthics a press release in response to the queen’s complaint saying in part:

“The Palace should bear in mind that IPSO is the regulator designed by papers like the Sun to serve the interests of papers like the Sun. So if the Queen receives satisfaction as a complainant she will be one of the lucky few. If she obtains a correction of anything like the equivalent size to the story she is complaining of then it will be because of her status, as this has never been made available to any of her subjects in the history of feeble press self-regulators.”

IPSO provided iMediaEthics with a Press Association report about the history of the royal family’s complaints about the media including a 1983 injunction the Queen obtained from the Sun, an out-of-court settlement with the Sun in 1988 over a photo’s copyright, a 1993 front-page apology from the Sun over a copyright issue, a 1993 out-of-court settlement from the Daily Mirror to Princess Diana, and more.