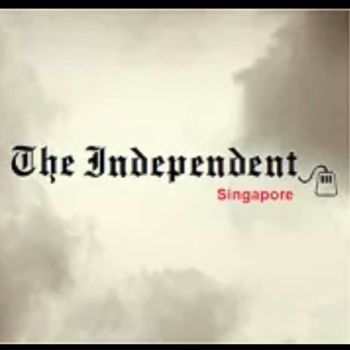 The Independent (Singapore) apologized for a story. (Credit: Facebook)

A Singapore news site, The Independent, claimed a Malaysian hospital demanded a Singaporean car accident victim pay before he was treated and took 30 minutes for emergency services to arrive at the accident scene. Because of that demand, the man died, the site claimed. But, after the Malaysian Health Ministry complained, The Independent unpublished its Aug. 31 article, “25-year-old Singaporean dies after Malaysian hospital demanded cash payment before treatment.”

The Ministry of Health immediately denied the allegations, saying in a press statement that it didn’t ask for money upfront and an ambulance arrived 13 minutes after the emergency call.

The Independent, which identifies itself as “Singapore’s only independent media company,” apologized with a short statement that reads,”We unreservedly apologize to the parties concerned for the anguish and distress this incident has caused.”

Singapore news website Mothership reported that it spoke with The Independent’s publisher, Kumaran Pillai, who said the apology was to “de-escalate the matter” and wouldn’t say if The Independent was retracting its allegations. “This is beyond fact-checking and beyond whatever you want to call it, journalistic practices or ethical practices,” he is quoted as saying.

iMediaEthics contacted Pillai to ask why he apologized and unpublished if he wasn’t retracting. Pillai said the Aug. 31 article was unpublished Sept. 3, and The Independent published the health minister’s rebuttal Sept. 1, about 16 hours after its first article was published, on a religious holiday.

“We gave airtime to all parties who were involved in the incident,” he e-mailed. Pillai added that two other sites, Singapore citizen journalism site Stomp and Singapore Chinese-language newspaper ZaoBao, both published stories before The Independent with the claims. “Our story is corroborated by what was published on Stomp and ZaoBao,” Pillai told iMediaEthics. “We have the same facts on the matter and it was an account of the victims who were involved in the accident.”

Pillai commented that he is “in no position to refute the victim’s account of the story and neither can anyone else,” adding that he didn’t think there was any “reason for the victims to exaggerate or spice up the story.” That said, Pillai said he took the story down because he received “several hate mails and one death threat,” prompting him to file a complaint with the Singapore police. (iMediaEthics has written to the Singapore police to confirm.)

“The comments on both Facebook and on our website were inflammatory and some were outright racist,” Pillai told iMediaEthics, adding that he was concerned the controversy could prompt “street violence.”

“My apology was specifically for causing anguish and distress to the people of Malaysia, even though I directed the apology to the parties concerned,” he went on. “Race relations is fragile. The good neighborliness between Singapore and Malaysia is fragile and both countries have seditious laws that can put me in jail forever, or for a long long time.”
Pillai continued, “Therefore, taking down the article and putting up the apology was the only ‘right’ and definitely sensible option. If I can end this email with a quote, I like to repeat what one former journalist and nominated member of parliament in Singapore, Mr Viswa Sadasivam said, ‘Freedom of speech is a Western construct.'”

Malaysian Health Minister Datuk Seri S. Subramaniam accepted the apology in a Sept. 3 news conference, according to Malayasian news agency Bernama.  “Today, the portal offered its apology for what they wrote and since they have apologised, then we are okay,” he is quoted as saying. “Besides, the report has also been removed from the portal.” iMediaEthics has written to the Malaysian Ministry of Health to ask if it is filing complaints with any regulatory body regarding The Independent’s story and if The Independent contacted the ministry before publication for fact checking and a response.

The Independent also published a note Sept. 4 saying it was “happy” with Subramaniam’s acceptance of the apology. “We hope to put this episode behind us and wish all our Malaysian friends and Singaporean visitors safe trips on both sides of the Causeway and Second Link,” the statement reads.