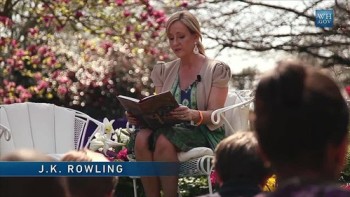 J.K. Rowling, the author of the Harry Potter series and last year’s novel Casual Vacancy, has filed a libel lawsuit against the UK Daily Mail.

Rowling claims the Mail misrepresented her first-person account of being a single mother, according to the Press Gazette.

Rowling had written for Gingerbread, a UK charity that offers help to single parents. Rowling is the organization’s president. Her essay, “I am prouder of my years as a single mother than of any other part of my life,” discussed being a single mother and briefly mentioned her part-time employment at a church.

She mentioned working at a church where she said she felt like she was “defined, in the eyes of many” as a “Single Parent, and a Single Parent On Benefits to boot.” She also noted that one time a “woman who visited the church one day” called her “The Unmarried Mother.”

The Daily Mail’s report focused on that section of her article about being a single mother. Its story was titled “How JK Rowling’s sob story about her past as a single mother has left the churchgoers who cared for her upset and bewildered.”

iMediaEthics couldn’t find the article on the Daily Mail’ s website. But, we did find what appears to be a full re-publication of the Mail article on the WordPress blog Sky Pilot.

The Mail’s story suggested that Rowling lied in her Gingerbread story by saying that she felt lonely, according to Press Gazette. As evidence, the Mail reported that “members of the church” said they did “make her welcome.” Only one person is actually cited by name in the article, a woman who is “very closely involved with” the church.

Rowling’s lawsuit says the Mail‘s reporter acted “contrary to basic standards of fair and responsible journalism.” Further, the lawsuit accused the Mail of twisting Rowling’s Gingerbread article out of context. The lawsuit stated, according to Press Gazette:

“As the defendant’s journalist must have known (since he had read the article) the claimant had not accused her fellow churchgoers of ‘stigmatising’ or ‘cruelly taunting’ her; rather, she had referred to a single occasion involving a woman who had visited the church one day whilst she was working there. There was thus no basis in fact for the central premise of the article.”

Further, Rowling’s lawsuit said the Mail‘s article was “misleading and unfair” because the claim that her former congregation was “upset and bewildered” and “surprised and confused” wasn’t true.

iMediaEthics has asked the Mail for comment and why its story is no longer online. We’ve also reached out to Rowling. We’ll update with any response.