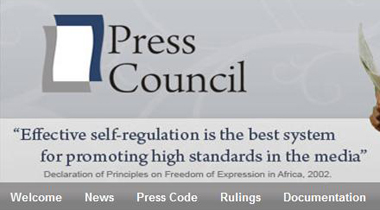 The deputy press ombudsman ruled on July 7 that The Star newspaper had to apologize to Jeppe High Preparatory School, a 12-year-old student, and her mother.  The Star is based on Johannesburg and is listed by SouthAfrica.info as the second most circulated newspaper in South Africa with 616,000 weekday readers and 171,542 weekday papers sold. On Nov. 30, 2009, the newspaper published a front-page story headlined “School bars ‘possessed’ girl” which reported on a 12-year-old epileptic girl.

The newspaper also was “reprimanded for not mentioning the difficulty it had to verify the accuracy of the story” and instructed to publish a summary of the ombudsman’s finding and sanction on its front page.

The council follows the South African press code, which it says is used by more than 640 publications.  The press council is also “the custodian” of the code and can amend it if necessary.

The press council won’t do anything unless the complainant says he or she won’t be pursuing legal action.

Joe Thloloe is the press ombudsman, elected to that post in 2007.  BizCommunity.com reported Aug. 3, 2007 that the press council replaced the Press Founding Bodies Committee.

In 2007, when the council replaced the committee, the press code was also amended to reflect “the definition and prohibition of child pornography, in line with the government’s concerns,” AllAfrica.com reported.

The press ombudsman reprimanded The Daily Sun, News 24 reported June 20.  The Daily Sun published an article May 27 which didn’t include “parts of a private hospital’s official denial that it had not allowed an injured man entry because he did not have medical aid.”

As a result of the ruling, the newspaper was “directed to publish a summary of the ombudsman findings,” News 24 reported.

To submit a complaint, one writes a letter, e-mail or fax to the ombudsman within 2 weeks of the article’s publication naming the publication, its publication date and the issue with the article, the press council’s website instructs.  If the ombudsman can’t “resolve the issue amicably” between the complainant and the publication, then the ombudsman and two members of the press appeals panel (one public representative and one press representative) hold a formal hearing and vote by majority.  Any complaints with the decision can be taken to the chair of the appeals board.

iMediaEthics e-mailed the press council for more information June 24, but hasn’t received a response yet.  iMediaEthics will update with any response from the council. 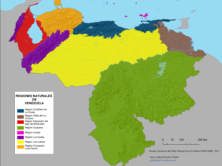