The Generic Ballot and Gerrymandering: Surprising Results in the Midterms - iMediaEthics 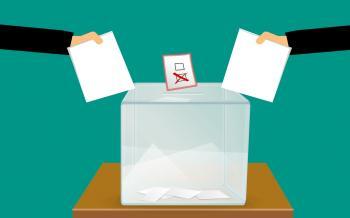 For many people, the large number of House seats won by the Democrats in the midterm elections is surprising.

As the Associated Press reported in late October, “In the closing stretch of the 2018 campaign, the question is no longer the size of the Democratic wave. It’s whether there will be a wave at all….Leading Democrats now fear the battle for the House majority will be decided by  just a handful of seats.” One Democratic leader predicted Democrats to win the majority by only two seats.

One reason the Democratic victory was so surprising may be that many analysts relied on the generic ballot to indicate how successful the parties would be.

A year ago last June, Nate Silver of FiveThirtyEight.com wrote that the generic ballot was one of the best tools for predicting how many U.S. House seats each party will win. That poll question is designed to measure how voters across the country expect to vote in the election for their congressional representative: for a Democrat or a Republican.

Silver’s statement merely confirmed what pollsters and the media have believed for years. And, since the last congressional election in 2016, RealClearPolitics has posted generic ballot results from more than 300 polls, conducted by 23 different polling organizations. The vast majority showed Democrats leading Republicans by anywhere from 4 to 13 percentage points.

In the final days leading up to the election, the compiled averages by RealClearPolitics and HuffPost both showed Democrats with just over a 7-point lead.

The burning question was: How much of a lead in the generic ballot did the Democrats need to win majority control of the House?

In an article last July, I suggested that based on recent history, an eight-point lead might be needed for a Democratic victory. As the table below shows, since 2010, Republicans have won about four and half percentage points more seats in the House than the percentage they got of the national vote.

If the Republicans get four percentage points more seats than national vote, that means of course the Democrats get four percentage points fewer seats – a difference of eight points. Thus, if recent history was a guide, that meant Democrats would have to beat the Republicans in the national vote by about 8 points just to break even in House seats.

Nate Silver of FiveThirtyEight.com came to a slightly different projection, based on his analysis of data going back to the 1940s. As he wrote,

“A final generic ballot average showing Democrats up 7 points would suggest that they’d be about a 50-50 proposition to take back the House.”

The non-partisan Brennan Center for Justice, however, had a very different view, suggesting those figures were likely to be far off the mark. After conducting an extensive report, “Extreme Gerrymandering and the 2018 Midterm,” scholars at the Brennan Center made these observations:

“Many Democrats are optimistic about their chances of winning a majority in the U.S. House of Representatives in the 2018 midterm elections. But in a new report, we measured how much harder partisan gerrymandering will make it for Democrats to win seats — and found that even a blue wave election akin to 2006 would be far from enough.

“Maps drawn after the 2010 tea-party wave to favor Republicans, particularly in big swing states like Michigan, North Carolina, and Ohio, mean Democrats would need to win the national popular vote in 2018 by the biggest margin in a midterm since 1982…

“To attain a bare majority, Democrats would likely have to win the national popular vote by nearly 11 points.”(emphasis added)

Dave Wasserman of the Cook Political Report took issue with this conclusion, arguing for a figure more in line with what Nate Silver and I had suggested.

“In the past three elections, Democrats have won ~4% fewer seats than votes. We estimate Dems would need to win House popular vote by ~7% to win barest possible majority. If Dems win the popular vote by 11%, they’ll be well on their way to a clear majority.”

What Actually Happened in the 2018 Midterm Elections

As of this writing, not all the winners in the congressional elections have been verified, but the expectation is that Democrats will win about 235 out of the 435 seats. That translates into Democrats winning 54.0% of the House seats, Republicans 46.0%.

Thus, contrary to all expectations, Democrats won essentially the same percentage of House seats as they did the national vote.

If the GOP gerrymandering was so extensive and extreme, why didn’t it have a bigger effect in constraining the Democratic victory?

Gerrymandered districts are designed based on patterns of previous voting. If, as it seems to have occurred in this election, the patterns are disrupted (with a record mid-term turnout), perhaps that undermines the gerrymandering effect. What exactly happened still needs to be examined.

As we look to the 2020 congressional election, to see whether the Democrats can retain majority control of the House or whether the Republicans will regain control, pollsters will continue to rely on the generic ballot.

As this election suggests, however, what the results mean will be a lot less clear than what virtually everyone had projected this past cycle.