Tyrone Times cropped black man out of photo, left 4 white people in it 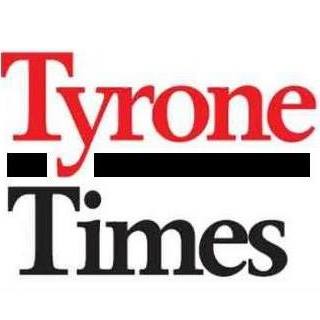 The Tyrone Times, a newspaper based in Northern Ireland, cropped a black person out of a photo. The original photo showed five people at an event called Mid Ulster Digital Seminars, but the cropped version excluded Andi Jarvis, the keynote speaker, who is black.

The Tyrone Times explained it away by arguing the cropping was to focus on the banner in the center. JPI Media, its parent company, said in a statement to ITV that

“Photo cropping can sometimes be problematic due to technical issues and the framing of images of various sizes and composition.

“In this case, the original image was cropped to centre around the banner the people on the left of the image are holding.

“There was no intention to cause any offence, but we have already updated the photo online.”

The original, uncropped image, is now in place on the Tyrone Times‘ website.

Jarvis told iMediaEthics he hasn’t heard from the Tyrone Times directly, but did see the statement that JPI sent to the BBC. “My view on that statement is this: at best, it’s hard hearted. At worst, it’s copy and paste statement they’ve used hundreds of times before,” he e-mailed iMediaEthics. “I stand by my comment about this being race related,” pointing to a similar photo from the Times where no one appeared to be cropped out of a photo of a dozen people.

“I maintain that if anyone else in the photo was on the end, they would have been left on the picture,” he added, noting that there was no apparent problem using the full photo online after his complaint.

iMediaEthics has written to the Tyrone Times.

Pic 1: taken at an event last week
Pic 2: used by @TyroneTimes this week.
Prizes on offer to anyone who can spot the difference 🤔#blackwash pic.twitter.com/VSVbd5ysYg

I’m sure I was cropped out of the photo for being too brown. @TyroneTimes say it wasn’t.
Waddyafink?

Listen back to the radio interview I did today. https://t.co/9s2FOfQTkn

Tyrone Times cropped black man out of photo, left 4 white people in it