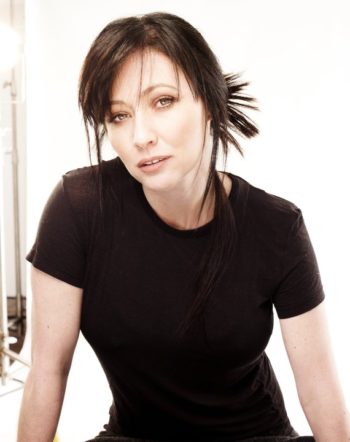 A June 19 story in the UK Sun cattily criticized former Beverly Hills 90210 actress Shannen Doherty’s appearance, but then was quickly deleted. Doherty, as she has openly revealed, was diagnosed with breast cancer in August 2015.

The Sun‘s mean-spirited article was headlined “You won’t believe what Beverly Hills 90210’s Shannen Doherty looks like now!” and called her “older than her years,” “a mess,” and “unkempt and haggard,” according to the Guardian.

The offending article, by show-business reporter Georgina Littlejohn, was lambasted by several in the comments section (see below). iMediaEthics has contacted the Sun and Littlejohn to ask about the article and if she had any response to the criticism of her story. We have also tweeted Doherty for comment on the article and its deletion.

“The online only story, which was spotted by Popbitch, was removed after about 10 hours by the Sun,” the Guardian reported. “It was then replaced with a sympathetic piece written by another reporter, headlined: ‘Actress Shannen Doherty makes rare public appearance 16 years after Beverly Hills 90210.'” That article makes no reference to the original article. 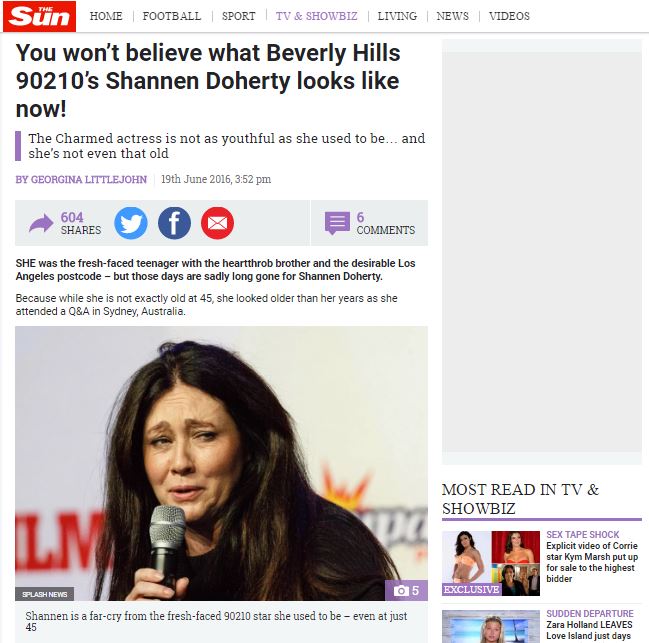 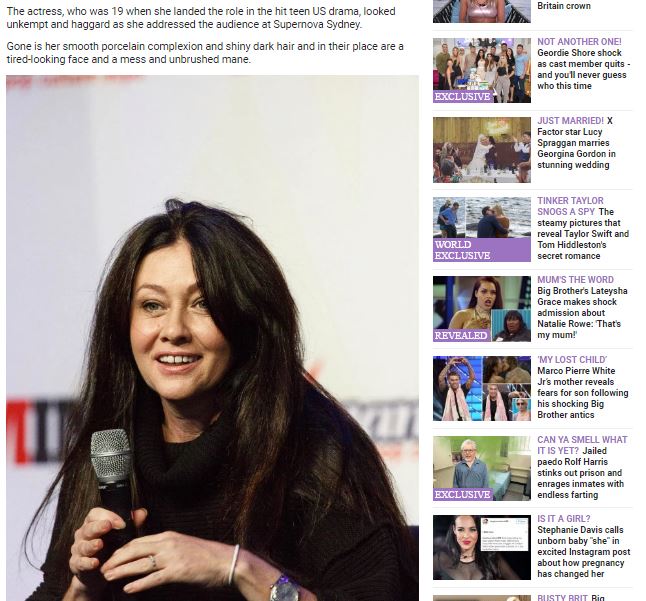 In the comments, several readers criticized the article, given Doherty’s illness. 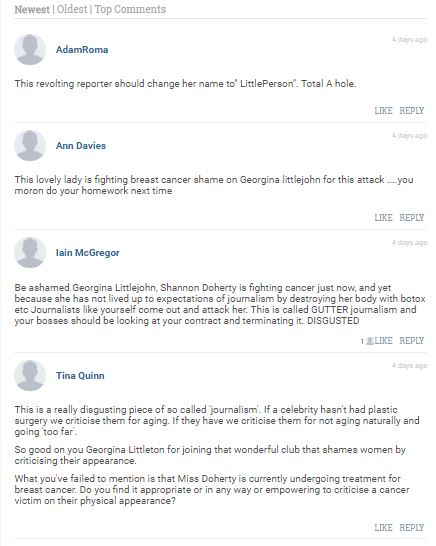 In addition, on Twitter, the writer Littlejohn was criticized.

.@missgeorgieanne Why have you not replied to anyone who has asked you what you have against cancer victims?

@missgeorgieanne Shannon Doherty looks so old as she is undergoing breast cancer treatment. Great headline eh you are vile

iMediaEthics e-mailed the Mail to ask about the changes to its article.