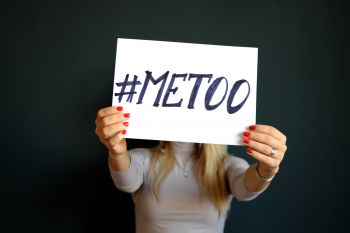 In a tweet, she wrote “I never said #MeToo is a lie. Ever.” She explained, “I was talking about Hollywood and Time’s Up, not #MeToo.” She also tweeted what she said was a transcript of the interview comments in context.

McGowan, a #MeToo advocate, was one of the first women to speak out against now-disgraced producer Harvey Weinstein, accusing him of raping her in 1997. The growing accusations against Weinstein triggered the #MeToo movement, which then led to the Hollywood campaign #TimesUp.

The Sunday Times tweeted a clarification that read, “We are sorry for any confusion and are happy to clarify that Rose McGowan’s comments in the Sunday Times Magazine interview related to #MeToo in Hollywood rather than the wider movement.”

“The headline of this article was amended on October 8, 2018 to make it clear that Rose McGowan was referring to Hollywood’s approach to the #MeToo movement, rather than the wider #MeToo campaign. We apologise for any confusion.”

The Oct. 7 article is now headlined, “The Magazine Interview: Rose McGowan, the actress who exposed Harvey Weinstein, on why Hollywood’s approach to #MeToo is a lie.”

iMediaEthics has tweeted McGowan to ask if she is satisfied with the Sunday Times’ clarification.

I never said #MeToo is a lie. Ever. I was talking about Hollywood and Time’s Up, not #MeToo. Ugh. I’m so tired of erroneous sh*tstorms. #MeToo is about survivors and their experiences, that cannot be taken away.

Here is the Sunday Times transcript. The words in parentheses are the writer’s notes and weren’t spoken. The question was, “and you don’t get invited to all the lunches?” See my answer below. Understand how these things get slanted, in other words #FakeNews pic.twitter.com/XRC2QDJE1x

And here is the clarification. So please if you are media and have ran this, add the retraction. It’s important. Thank you. pic.twitter.com/dk7NOwc1rj