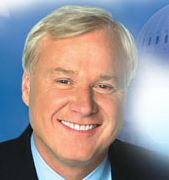 MSNBC’s Hardball host Chris Matthews suggested June 6 that Huma Abedin, wife of Rep. Anthony Weiner, may be “partly responsible” for his behavior, according to Mediaite.   Weiner had stated in a June 6 press conference that Abedin was aware of his online sexual encounters between several women before his marriage.

“Just read that chris matthews said that maybe Weiner’s wife was partly to blame?! What is wrong w Matthews?”