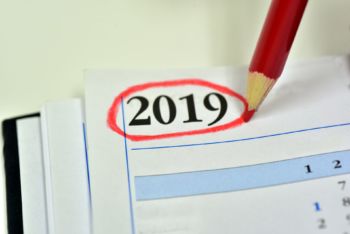 Australian’s Channel 7 fell for a satire story and wrongly reported in January that a cricket player now is a kazoo player for the Australian music band Tame Impala. Read the article.

In June, Dutch teenager Noa Pothoven died. Numerous news outlets reported she died from euthanasia, but she died after refusing medical treatment and refusing to eat. Several news outlets, including the Washington Post, Newsweek, the National Review, the Daily Beast and New York Post updated or corrected their reports. Read the article.

In February, the New York Times reported on a study on gender blinding in technology job, but does the survey actually exist? The Times published an editor’s note acknowledging that it couldn’t “confirm that this study was undertaken as described.” Read the article.

This spring, the Poynter Institute published a list of 515 “unreliable” websites, but didn’t verify the lists beforehand by contacting the news outlets on the list or all of the creators of the lists it used to compile its list. Poynter ultimately unpublished the list and apologized for “weaknesses in the methodology.” Read the article.

The Financial Times‘ news service Agenda and the New York Times both published quotes in 2018 attributed to ousted CBS CEO Les Moonves, his first interview after being fired, but in January, both outlets removed the quotes and noted Moonves denied giving any interview. Read the article.

South Carolina newspaper the Morning News admitted in December it was duped by a fake interview with the co-owner of a local sports team. Someone called the paper and pretended to be someone else. Read the article.

In November, the Daily Texan, the student newspaper for the Univ. of Texas-Austin, revealed that one of its now-former reporters fabricated quotes in at least two articles. After an investigation, the newspaper found faked “quotes attributed to at least 30 people across 18 different articles.” Read the article.

In July, the Texas Tribune reported that a man who was cited in news reporting about a 2018 school shooting made it up. The man, who used the name David Briscoe, talked to news outlets including Time, CNN, Austin American-Statesman, and the Wall Street Journal, describing his alleged experience during the shooting as a substitute teacher. But, turns out the school district didn’t know who the man was. The Tribune explained it heard from someone using that name to talk about the shooting but when the Tribune investigated the truth unraveled. Read the article.

In October, ABC News aired a video of a Kentucky gun show and claimed it was from a Turkish attack in Syria. ABC News apologized for the error, only saying it “regrets the error.” Read the article.

Nigerian newspaper mixed up 2 politicians, said wrong one was dead
Sunday World claimed man who died from pneumonia died from a heroin binge