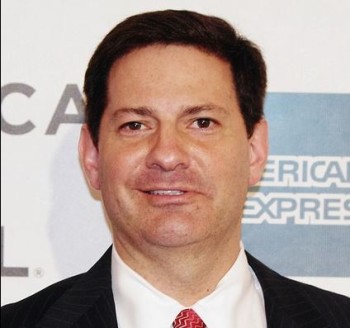 Bloomberg Politics managing editor Mark Halperin had to apologize to Senator Ted Cruz after a tone-deaf interview about Cruz’s background.

Halperin admitted “poor tone and timing” in his interview and acknowledged complaints the interview was “inappropriate.”

My apology regarding a recent interview with Senator Ted Cruz. http://t.co/unovSDhchw

Halperin’s apology statement is posted on Scribd. “We wanted to talk with Senator Cruz about his outreach to Latino voters the day after he spoke at the Hispanic Chamber of Commerce. My intent was to give the Senator a chance to speak further about his heritage and personal connections to the community through some casual questions,” Halperin said. “I rushed through the questions, and that was a mistake — it led to poor tone and timing.”

“I also understand why some felt the questions were inappropriate,” Halperin added. “As for asking Senator Cruz to welcome Senator Sanders to the race in Spanish, that was meant to be the type of light-hearted banter that he’s done with us before on the show. In no way was I asking Senator Cruz to ‘prove’ he was an ‘authentic’ Latino.”

Halperin then apologized. “I apologize to those that were offended, and to Senator Cruz. I promise that I will work to make the tone and questions better next time.”

In the interview, Halperin asked Cruz “to demonstrate the authenticity of his Cuban heritage by answering cultural questions and speaking in Spanish,” Politico reported.

Watch a portion of the interview below.

“Mark Halperin is a serious and fair-minded journalist,” Cruz wrote in a Facebook post. “Today he kindly issued an apology for some silly questions he asked me in an interview. The apology was unnecessary — no offense was taken, nor, I believe, intended — but is certainly appreciated.”

Cruz added: “I’m proud of my Cuban heritage, my father’s journey from oppression and prison in Cuba to freedom in America, and also my Irish-Italian heritage on my mother’s side. Both are integral parts of who I am today.”

Mark Halperin is a serious and fair-minded journalist. Today he kindly issued an apology for some silly questions he…

“ThinkProgress awarded Halperin the prize for the most racist interview of a 2016 presidential candidate,” Politico noted.