Why Polls on Obama and Ukraine don't agree

Why Polls on Obama and Ukraine don’t agree 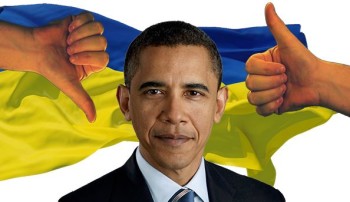 In the past week, several polls purporting to measure the public’s reaction to Barack Obama’s performance as president, and the public’s attention to the news about the Ukraine, have come to, shall we say, disparate conclusions.

A new NBC/Wall Street Journal poll announces that Obama’s overall performance rating plunged to the lowest it has ever been, at the same time that a new Bloomberg poll reports that Obama’s rating has surged to its highest level in nine months. Not only are the ratings different (41% approval by NBC/WSJ, 48% by Bloomberg), the trends are different as well – getting much worse, getting much better.

Obama’s overall performance rating isn’t the only area of dispute, however. Four new polls come to different conclusions as to how the public feels about Obama’s reaction to the crisis in Ukraine.

A HuffPost Pollster/YouGov poll shows a 5-point net negative rating (34% approve to 39% disapprove), and an ABC/Washington Post poll rounds out the disagreement with essentially a split public (42% to 43%).

Even when it comes to the public’s attention to the Ukraine issue, Gallup and Pew can’t agree though their polls were conducted over the exact same three days, March 6-9. Gallup reports 32% of Americans paying little to no attention to the issue, Pew finds 40%.

Why is there such a difference?

The authors at HuffPost Pollster explain the discrepancies among the polls dealing with Ukraine by noting that few Americans were paying close attention to the issue, with more than a third admitting they were not following the issue closely, if at all. As the authors conclude:

Inconsistent results, of course, means we can’t really trust what the polls are saying.

But what the HuffPost Pollster authors don’t acknowledge is that low public attention is actually the norm for most issues – which suggests that polls on most issues can’t be trusted.

A recent Gallup poll substantiates that the large numbers paying scant attention to the Ukraine issue are typical of most public policy issues. The report notes that on average about 39% of Americans say they pay little attention to “key news events Gallup has asked about over the past two decades.”

Gallup puts it more positively, that 61% of Americans pay “very” or “somewhat” close attention to issues, but that leaves the rest who do not. And besides, the “somewhat” category does not indicate serious attention to the issues. The fact is that generally only about a third of Americans, at best, really know very much about ongoing policy issues.

This two-decade pattern of widespread public disengagement suggests that on most issues examined by pollsters, there is indeed great “potential for inconsistent results.”

In this column, I’ve pointed to many such occasions, even on topics that are widely covered in the news – such as abortion, NSA snooping, immigration reform, Affordable Care Act (Obamacare), impact of the sequester, banning semi-automatic weapons, U.S. troop withdrawal from Afghanistan, Bush-era tax cuts, and government loans to the auto industry.

Pollsters are aware of this problem. As Gallup’s Frank Newport acknowledged last year, when trying to explain the 31-point swing in opinion between a Pew poll and a Gallup poll on support for NSA activities (Pew reporting a 15-point margin in favor, Gallup a 16-point margin against). (Emphasis added below):

“The key in all of this is that people don’t usually have fixed, ironclad attitudes toward many issues stored in some mental filing cabinet ready to be accessed by those who inquire.

“That’s why we find that random samples of the public can react differently to a concept, depending on how they are asked about it.”

There you have it. Most people don’t have fixed attitudes on most issues, and polls that ignore that fact – and pressure people to come up with responses anyway – can create different versions of “public opinion.”

The good news is that you can usually find a poll to agree with whatever position you hold. Politicians do it all the time.

Why Polls on Obama and Ukraine don’t agree