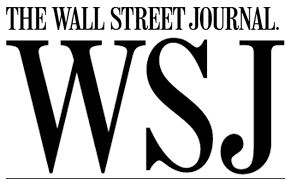 The Wall Street Journal and casino billionaire Sheldon Adelson settled a libel lawsuit over a 2012 article that described him as “foul-mouthed.” The 2012 article by Kate O’Keeffe and Alexandra Berzon was headlined, “Fired Executive Rankles Casino Business.” It described Adelson as a “scrappy, foul-mouthed billionaire.”

Interestingly the Journal noted that during the prolonged legal battle, a spokesperson for Adelson’s Sands company asked the newspaper if O’Keeffe would be forbidden to write about him or his companies, because of the lawsuit. The Journal not only kept O’Keeffe on gambling coverage but later promoted her.

A Wall Street Journal spokesperson told iMediaEthics, “For four years, The Wall Street Journal has vigorously defended Kate O’Keeffe in a libel lawsuit filed against her in Hong Kong by Las Vegas Sands Corp.’s Chairman and CEO Sheldon Adelson. We are pleased that the parties have agreed that the suit will be dismissed. The Journal and Ms. O’Keeffe remain fully committed to continuing to provide fair and accurate reporting in all matters, including in our coverage of Mr. Adelson and his businesses.”

“The Parties have agreed that this litigation shall be dismissed, with each side to bear his or her own costs.”

The settlement was announced in a Jan. 12 Journal article, which said the article in question wouldn’t be changed and no one was paying anything except for their own legal fees.

The Journal noted that Adelson filed the lawsuit in Hong Kong. O’Keeffe had been based in Hong Kong, where, according to the Journal, the law makes it “easier for plaintiffs to win libel cases than in the U.S., in part, by putting the burden on defendants to prove the truth of the challenged statement.” Adelson didn’t sue the newspaper itself, Dow Jones & Co., News Corp., or O’Keeffe’s co-reporter.