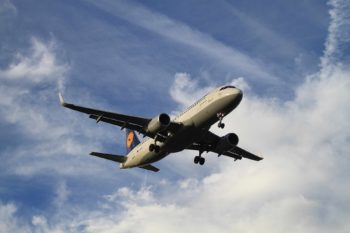 Linda wrote about the “300-plus pounds” person sitting next to him on a plane, “Oh, man. He looks hungry.”  Linda’s column suggested airlines “sell tickets by the pound” and mocked an overweight person he sat next to on a flight for both his weight and Georgia accent.

In a Feb. 15 note to readers, the Minnesota newspaper announced it “parted ways” with Linda, who had written for the paper for 30 years, and noted he “never worked for the Daily Journal directly,” but simply provided an unpaid weekly column.

iMediaEthics has e-mailed Linda for a response to the newspaper’s decision to cut ties with him.

The column in question, “Taking notice of the size of people in today’s world,” is not on the Daily Journal‘s website, while Linda’s other columns still are. iMediaEthics has asked the paper’s editor, Tim Engstrom, if its website unpublished the article and how many complaints the paper received.

Of his Feb. 10 column, the Daily Journal wrote “Not only did this offend many of our readers, it offended us.” While defending the right to have a wide range of opinions on its opinion page, the paper conceded “there are some viewpoints that are out of bounds,” explaining:

“Bullying others is not OK. Body shaming is not OK. Racist views are not OK. Homophobia is not OK. The list goes on, but you get the picture. Let’s debate the issues, not make personal attacks on people.”

In a show of transparency, the Daily Journal noted that the column made it to publication because of an ill editor, staff being accustomed to running Linda’s regular column, and other issues going on in the newsroom — specifically, the paper’s staff was tied up handling its response to a letter to the editor that was signed with a fake name.

To prevent future problematic incidents, the paper’s note said its editor, Engstrom, instructed staff to contact him whenever they are concerned about a piece and not to publish ad hominem attacks.

According to the Daily Journal‘s website, it has a circulation of 5,000 and prints Sunday through Friday.