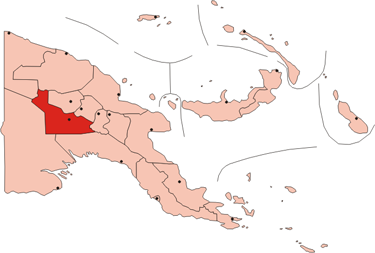 Even though this bloodbath did not occur, Reuters, the AFP and many other outlets reported the violent clash January 25 which they claimed resulted in 11 deaths and was linked to an Exxon Liquefied Natural Gas (LNG) project.

On January 26, iMediaEthics contacted Jeffrey Elapa, a journalist for The National newspaper in Madang, PNG. Elapa expressed his doubts about the veracity of the story and said it needed further investigation as he and other journalists actually based in Papua New Guinea had heard nothing about such large-scale violence. (Elapa was co-author in our previous investigation of Jared Diamond’s New Yorker report).

Elapa’s investigation for iMediaEthics quickly uncovered evidence that the fight had nothing to do with natural gas meetings, and reportedly ended in a death toll of only 2 people (now updated to 1 person) rather than 11–facts that were only correctly reported by the local, regional and international media later.

The story was disseminated before adequate information was collected. Many details of what happened–including how the incorrect information came about–are still unclear, and erroneous facts and allegations remain on major media’s Web sites, like the AFP, Reuters, and Radio Netherlands.

It is unfair to the reputations of countries that have remote areas, such as PNG, subject to Western and local fantasies of “violent primitives,” for media to publish inaccurate information, even if it was published in local newspapers. In the race to break news, publishers should verify information with official government sources, such as the police or army, and otherwise use extra caution to vet news to avoid re-reporting sensational and false reports.

iMediaEthics’ view: It is not good enough for these publishers to re-print claims from The National or the Post Courier newspapers without independent sources to confirm reports of major social strife. The negative impact of such inaccurate reportage for PNG ranges from damage to tourism when visitors are frightened by the false reports to international corporations taking their business elsewhere due to the reports of massive killings related to oil and gas investments.

The Post Courier, PNG’s largest newspaper, is the source of the original story. They wrote,

Eleven people were gunned down in an early morning raid on Pawale village in the PDL4 area of the PNG LNG project in Southern Highlands.

In a gang-style attack, four groups of young men from the neighboring Imawe Bogasi clan armed with high-powered guns reportedly staged the raid, killing 11 young men and injuring many villagers. Hundreds of women and children who fled are unaccounted for after 270 houses and other properties were destroyed.

The raid was believed to be in retaliation for the killing of an Imawe Bogasi clansman before the December Licensed Based Benefit Sharing Agreement (LBBSA) forum.

Elapa, reporting for iMediaEthics and The National spoke with police and a landowner’s chairman. He wrote in an email, “According to a landowners chairman, the reports in the paper that 11 people were killed was not true… According to reports received from police from the provincial capital, there has been only 2 deaths and less than 250 houses burnt.”

Elapa says fighting did, in fact, take place in the area of the LNG project. However, according to his research, the fight was not related to natural gas. He confirms the fight was related to the death of a person and a rejection of monetary compensation for his death, as the Post Courier only later wrote.

“It was related to the death of a person,” he writes. “The relatives of the deceased claimed compensation from the relatives and clans of the accused but they failed to meet their demands so that is how the fight started.”

According to the latest report from the AFP, the most current information is that only one person was actually killed in the fight.

The AAP (Australian Associated Press) also published a report Jan. 25 quoting a Southern Highlands Police Commander, Jimmy Onopia, who said “It is definitely not linked to the LNG project.”

From an earlier report by the BBC, it looks like the Bogosi clan–the alleged attacker in this fight–does have connections to previous oil industry projects in the area. However, according to Elapa, no evidence that the fight had to do with talks about the Exxon gas project has yet emerged.

The Post Courier brief is cited as a source for reports by the wire services and other outlets that have picked up the story. But the Courier story was published before police had been able to investigate the incident, Elepa said.

Erroneous facts remain at Radio Netherlands Worldwide, saying “At least eleven people have been killed” and “The fighting is reportedly linked to the construction of a liquid gas pipeline in the region.”

Reuters attributed their natural gas link to the Post Courier, but they balanced it with a denial from police. Yet they also got it wrong with the reference to 11 dead.

The AFP issued an update story elaborating that the fight may not have been over LNG. However, they had not corrected either report of an 11-person death toll as of last week. They soon issued a second update story saying there had been only one death.

Elapa’s independent research regarding a more accurate count of the dead and the cause is only now correctly reported in the most recent round of mainstream media (MsM) coverage.

In an email to iMediaEthics, Phillip Chetwynd, Chief Asia Editor for the AFP, explained,

We have run two follow–up stories setting the record straight as we obtained fresh information, with police dismissing the toll of 11 and now saying that only ONE person was killed in the skirmish.

It’s worth pointing out that contacting officials in Papua New Guinea is notoriously difficult – more often than not, phones are not answered or simply do not work and official offices are frequently left empty when our local correspondents have called in for comment on various stories.

In addition, since communications across PNG are notoriously difficult, information moves very slowly and is frequently outdated and unreliable, even when obtained from official sources.  In this case, investigating police officers only arrived in the location last week, more than a week after the incident.

Chetwynd’s explanation describes well why speed and accuracy in news are often at odds with each other.

The AFP certainly did a good job of eventually setting the record straight. However, the damage of the original inaccurate reportage is already done.

The questions remain from this PNG case: Is it acceptable to publish news citing large numbers of dead with such a degree of inaccuracy in the first place? Where is the accountability or transparent corrections?

Knowing information from remote regions of PNG can be hard to verify quickly (even Elapa, StinkyJournalism’s reporter, initially reported from police sources that two were dead when there was only one), news organizations could have chosen to delay reporting concrete numbers until they were available. They can also arrange in advance, like StinkyJournalism, trusted reporters and police/military personal contacts (with mobile numbers at the ready) that they can call to check breaking news before publication–especially in sensitive matters, such as allegations of mass violence.

iMediaEthics has also contacted Reuters to ask whether they intend to correct or amend their story in response to conflicting evidence. We will provide any updates.