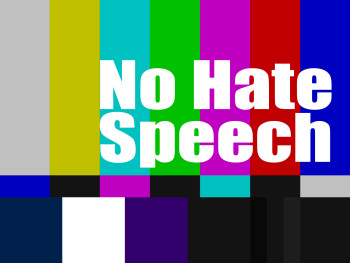 UK broadcasters now have more guidelines for content that may be hate speech or of a harmful nature.

The UK broadcast regulator OfCom released new guidelines that came into effect May 9 about the topics. Under the regulator’s Section Three, which focuses on “material likely to encourage or incite the commission of crime, or lead to disorder,” OfCom added new guidelines and amended other ones.

An OfCom spokesperson told iMediaEthics this section of guidelines hadn’t been reviewed since 2005 when they were created.

“There is also a broad range of content which may not amount to an incitement to crime but is problematic and potentially extremely harmful to audiences,” OfCom explained in its release. “Material containing hate speech and extremist views are examples of the types of material likely to raise serious issues of harm or offence.”

New rules added to the broadcasting standards are:

“Material which contains hate speech must not be included in television and radio programmes except where it is justified by the context.

“Material which contains abusive or derogatory treatment of individuals, groups, religions or communities, must not be included in television and radio services except where it is justified by the context.”

OfCom noted that it has only received four complaints in the past four years on the matter of material that might “encourage or incite the commission of crime or to lead to disorder.”