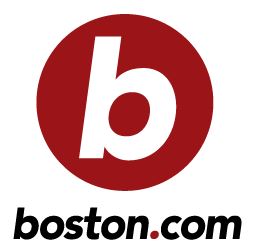 Boston.com kicked two employees out of the newsroom after being accused of leaking a “recording of an all-hands editorial meeting” to a local news outlet, according to Capital New York.

The two were Doug Saffir and David Stewart, Capital New York reported. Saffir was already planning to leave Boston.com for BuzzFeed, but BuzzFeed rescinded its job offer after the incident. Capital New York’s report was based on anonymous sources identified as “three people close to the company.”

Capital New York characterized the discipline as being “escorted from the newsroom last month and have not been seen at the company since,” although Stewart is “expected to return later this week.”

When asked for confirmation, a spokesperson for Boston.com provided iMediaEthics with a statement from Boston.com general manager Corey Gottlieb saying “As a policy, we do not publicly comment about personnel matters.”

Gawker reported that based on its reading of events, which it checked with BuzzFeed, it seemed like Saffir lost the BuzzFeed job because of the leak.

Gawker explained:  “The timeline here is pretty easy to interpret: BuzzFeed withdrew Saffir’s offer because he was somehow involved in leaking information to another outlet. (In an email exchange with Gawker, a BuzzFeed spokesperson didn’t challenge this interpretation.)”

The Dec. 11 meeting discussed Boston.com’s retraction of a false story claiming a Harvard Business School professor, Ben Edelman, sent a racist e-mail to a local Chinese restaurant. Edelman ‘s previous, authentic e-mails had complained about the restaurant overcharging him $4, but he didn’t send the racist e-mail, as iMediaEthics previously reported.

He was on a flight when the e-mail was sent, apparently through a form on the restaurant’s website where anyone could insert any e-mail address as the sender. Boston.com retracted the story. It also suspended the reporter responsible, Hilary Sargent, for a week, but that wasn’t because of the false story. Instead, she was suspended for selling T-shirts related to her first story reporting on Edelman’s complaints of overcharging.

Local public broadcaster WGBH reported on that meeting the next day and said it had a tape of the meeting, according to Capital New York.

“We should say that we have a tape recording of their editorial meeting, which we opted, by the way, not to put in our piece, because we thought it was journalistically unethical, so we didn’t include it,” WGBH host Emily Rooney said.