Burt Reynolds will Brett Kavanaugh's friend and a health initiative 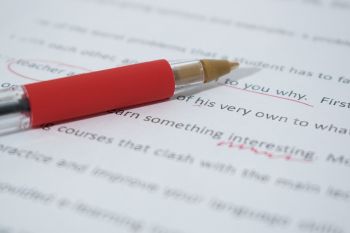 1. Fox News claimed that actor Burt Reynolds didn’t leave any money or property in his will for his son Quinton Anderson Reynolds. But, while his will did omit mention of Quinton, it’s because his son was left a trust to provide for him. A correction atop the Fox News Sept. 18 article reads:

“Correction: An earlier version of this headline incorrectly stated that Reynolds’ did not provide for his son. Reynolds left a trust for Quinton Anderson Reynolds.”

2. Well, that health initiative might have paid for a couple of aspirins, if even that. NPR said former Centers for Disease Control head Dr. Thomas Frieden launched a $225 health initiative.  The Aug. 24 correction reads:

“A previous version of this story incorrectly said creating the Resolve to Save Lives initiative cost $225. It was $225 million.”

3. The Washington Post corrected an article about Mark Judge, the friend and classmate of Supreme Court nominee Brett Kavanaugh. An update on a Sept. 17 article, “What the man accused of being part of Kavanaugh’s alleged sexual assault had to say about women’s sexuality,” reads:

4. National Public Radio mixed up the founders of Delaware and Rhode Island. The Aug. 27 correction reads:

“In an earlier audio version of this story, Roger Williams was referred to as the founder of Delaware. Williams actually founded the colony of Rhode Island.”