Is our Federal Tax System Fair? What competing answers from Pew & Gallup tell us about public opinion polling - iMediaEthics

Is our Federal Tax System Fair? What competing answers from Pew & Gallup tell us about public opinion polling 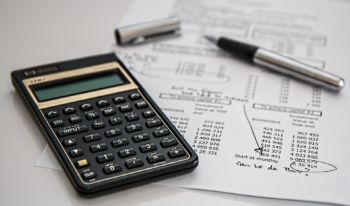 With the filing deadline for the federal income tax this week, it’s useful to examine two recent polls that address the public’s perception of how fair the tax system is.

At first blush, it appears that Gallup and Pew come to significantly different conclusions: Gallup reports that a majority of Americans, 57%, think the amount they pay in income taxes is fair, while 39% disagree.

Pew, on the other hands, reports that a majority of Americans, 53%, believe the federal tax system is “not too” or “not at all” fair, while only 46% believe it is “very” or “moderately” fair.

It’s important to note the different question wording. Gallup asked if the “income tax you will have to pay this year” is fair, while Pew asked about the fairness of “our federal tax system.” Some people could, presumably, think the amount they personally pay is fair, but nevertheless feel the system itself is unfair to others.

And that appears to be the case. Gallup’s follow-up questions show that despite a positive assessment overall about the fairness of the income tax, large majorities of the public feel that upper-income people (62%) and corporations (69%) do not pay their fair share, but pay too little income taxes. A plurality of Americans, 48%, also feel that lower-income people pay too much.

Pew also had some follow-up questions, which suggest the public is even more concerned about the unfairness of the tax system than what its initial question revealed.

When asked how concerned they might be that wealthy people and some corporations don’t pay their fair share of taxes, eight in ten respondents (80% and 82% respectively) indicated they were concerned “a lot” (60%/62%) or “some” (20%).

Those figures are considerably higher than the 53% Pew reported who felt the tax system was unfair.

The Ambiguity of Poll Results

These results suggest how difficult it is to pinpoint public opinion on any specific issue, especially with just one question.

The first question on any subject may elicit rather amorphous feelings, in part because respondents have not – until the poll interview itself – been giving much attention to that subject. But the more a poll interview delves into the issue, the more thought respondents are forced to give to it – and in doing so, they tend to recall other aspects that initially they did not consider.

That appears to be what happened in both the Pew and Gallup polls, with initial responses more sanguine about the fairness of the tax system than what was indicated in the follow-up questions.

But what is the true state of public opinion – the initial top-of-mind responses, or the subsequent responses that force respondents to think more thoroughly about the issue? In the population at large, no one is forcing everyone to think thoroughly and deeply about an issue, and people may vote and act on their superficial reactions.

For better or worse, the very process of polling respondents can affect respondents’ expressed views, making it problematic how much those respondents actually represent the public at large.

Is our Federal Tax System Fair? What competing answers from Pew & Gallup tell us about public opinion polling