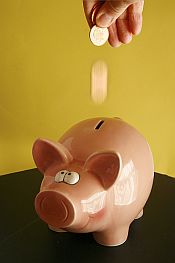 235 people described as journalists or working for a news organization gave almost half a million dollars to political efforts this year, according to the Center for Responsive Politics. (Credit: Flickr, "alancleaver_2000")

A recent analysis by the Center for Responsive Politics (CRP) found that 235 self-identified U.S. journalists or news organization employees “donated more than $469,900 to federal political candidates, committees and parties during the 2010 election.”

The analysis is published on the CRP’s website, OpenSecrets.org, a “nonpartisan guide to money’s influence on U.S. elections and public policy.”  As Politico noted, “In many news organizations – including this one – journalists are strictly forbidden from donating to political campaigns, in order to avoid any perceptions that they might be biased in their coverage.”

In an e-mail to iMediaEthics, Dave Levinthal wrote that CRP started looking into the extent of journalist involvement in political contributions last month.  Levinthal is the communications director for CRP and OpenSecrets.org’s blog editor.

“Last month, we initially observed that some people identifying themselves as journalists had made political contributions to federal politicians this election cycle. We then embarked on a comprehensive report about journalists who contribute to political candidates, in part because of long-standing policies at many news outlets that either frown upon or outrightly prohibit their employees from making political donations. Exploring this issue, we believe, is in the public interest, particularly given the public’s ongoing interest in issues of media bias, be it real or perceived.”

The journalists identify themselves as working for news organizations including:

OpenSecrets.org noted that “the median amount” of donations was $500 and that more money went to Democrats (65%) than Republicans.  And six “media professionals” gave “more than five figures since January 2009,” including Vogue’s editor Anna Wintour, who gave $30,400 to the Democratic National Convention, the maximum contribution.

Some of the contributions are more significant than others, OpenSecrets.org wrote.  “For instance, donations from employees of apolitical publications and outlets such as Vogue, Glamour, Men’s Health and ESPN — employees of which have made political donations this cycle, according to the Center’s review of federal data — are arguably less notable than those of a general assignment, political or business reporter or editor.”

OpenSecrets.org interviewed some of the journalists listed as donating to political parties including the New York Post’s Paul Tharp, who is reported as giving $750 to a democratic New York state congressional representative.

“Just because I am a reporter doesn’t mean I give up my rights.  I have an interest in public service, but not politics.  I cover business,” OpenSecrets.org reported Tharp said.

“Despite the potential for controversy, some journalists who’ve made political contributions reject the notion that their interests are conflicting, saying their action as private citizens and as journalists are not mutually exclusive,” OpenSecrets.org reported.

The Nation’s editor Christopher Hayes, who donated $250 to “the congressional campaign of a good friend” said that journalists who donate politically should be transparent and open to questions about donations from other reporters.  “If you were paying for access,” Hayes is quoted as saying, “that would be a scandal.”

The Los Angeles Times blogged the day after the OpenSecrets analysis was published to note that none of the 235 journalists work for the L.A. Times. “That’s good,” because “political advocacy” goes against the newspaper’s ethics guidelines, the Times blogged.

The L.A. Times’s ethics guidelines instruct staff members to not give money to “a partisan campaign or candidate.”  Staff members are also prohibited from running for or being appointed to public office.

“While The Times does not seek to restrict staff members’ participation in civic life or journalistic organizations, they should be aware that outside affiliations and memberships may create real or apparent ethical conflicts,” the guidelines advise.

According to Quinn, just the “appearance of a conflict of interest is effectively the same as actually having one.”

The Society of Professional Journalists’ code of ethics advises that journalists