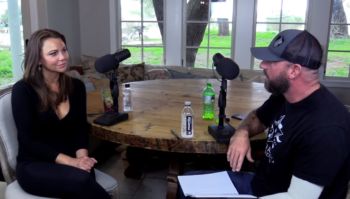 Perhaps you’ve heard about the comments that former CBS foreign correspondent Lara Logan made about left-wing bias in the mainstream media, which are circulating like a measles outbreak on right-wing sites and in the sewer media.

Coincidentally, I just saw a Los Angeles Times article that reported Logan quietly left CBS at the end of the year when her contract expired. She had been on limited duty since she was duped into airing an interview on 60 Minutes with a defense contractor who falsely said he was on the scene of the 2012 attack on the U.S. consulate in Benghazi, Libya. That prompted an on-air correction and Logan and her producer being put on leave.

I got first wind of Logan’s comments about media bias in an email from an alt-right Texas friend, which I almost dismissed as propaganda. Not quite, this time. In it was this tweet from Ron Saavedra of the Daily Wire, which said:

“CBS News’ Lara Logan on US media: ‘Although the media has historically always been left-leaning, we’ve abandoned our pretense, or at least the effort, to be objective, today. … We’ve become political activists, and some could argue propagandists, and there’s some merit to that’”

Note the ellipses? What was deleted? It also contains a video, which runs 1:54, a clip from former Navy SEAL Mike Ritland’s Breitbart podcast interview with Logan. Yes, Logan said that, but what Saavedra doesn’t explain, nor do the right-wing sites that are chortling over this, is that this comment, this 1:54 video excerpt, was cherry-picked from Ritland’s much longer three-and-a-half-hour interview with Logan.

What else did she have to say besides this? Quite a lot, including how Nelson Mandela inspired her appreciation for freedom [she is a native of South Africa].

Logan did indeed come down hard on what she called the mainstream media’s liberal, anti-Trump bias. She claimed 85 percent of U.S. journalists are registered Democrats and liberal, and she said that liberal phenomenon in journalism is worldwide. She said she can “state this with certainty” because of her own 30 years as a journalist in several countries. But she also said in part, “even if it was reversed, if it was vastly mostly on the right, that would also be a problem for me. My experience has been that the more opinions you have, the more ways that you look at everything in life—everything in life is complicated, everything is gray, right? Nothing is black and white.” The right-wing sites ignored that part, just as her detractors on the left are now.

Later in the roughly 12 minutes she discusses the media, she stressed that she herself does not identify with any political party and “will probably never even vote in this country . . .  I don’t care who’s in power in terms of doing my job.”

Logan also disputed the argument that liberal bias is acceptable because Fox serves as a counterweight to MSNBC and other news organizations on the left.

“But this is the problem that I have. There’s one Fox and there’s many, many more organizations on the left. . .

“Both sides do terrible things. Both sides lie. Both sides manipulate. Both sides push their point of view. But the problem is that the weight of all of these organizations on one side of the political spectrum when you turn on your computer or you walk past the TV or you see a newspaper headline in the grocery store—if they’re all saying the same thing the weight of that convinces you that it’s true. You don’t question it because everyone is saying it. And unless you seek out Breitbart on your computer you’re probably not going to even know what the other side is saying.”

I saw one site that paraphrased that comment as Logan praising Breitbart, or a verb to that effect. No, what I heard her saying was that because of the top-heavy liberal, anti-Trump bias, people who may not share that belief are driven to sites like Breitbart [like my Texas friend].

She goes on to discuss the First Amendment, whose purpose is not just “to let us blow off steam” but to hold public officials accountable. Hard to argue with that.

Summing up what I heard in that 12 minutes, Logan is calling for a return to the kind of journalism she said she has been practicing since she was 17, pursuing truth, being as objective as possible and letting the public reach its own conclusions. She said she believes most people “on all sides of the political spectrum really do want to know the truth,” even if it makes them uncomfortable. [Hmmm. . . . ] But she also warns that facts can be and are manipulated to give the wrong impression.

I suspect her former bosses at CBS were “uncomfortable” hearing this! No doubt some of you are, too.  She admitted she has probably committed “professional suicide” with the Breitbart interview.

As though to prove her point about bias, I could find reports of this interview at first only on right-wing sites like The Daily Caller, Reddit and HotAir, zilch on Vox or BuzzFeed. Probably the one I saw on HotAir was the most comprehensive and the most accurate in putting her remarks in context. Here’s that link:

And for further corroboration, Logan was interviewed on Sean Hannity’s program on Fox, while CNN and MSNBC have shunned her and her viewpoints like lepers. On Sunday, Feb. 24, there was a segment about the Logan controversy on Fox’s “MediaBuzz,” while CNN’s “Reliable Sources” ignored it.

In a perfect world, Logan would be offered a job by CNN or MSNBC, bringing with her her decades of institutional knowledge of the Middle East and military affairs and giving one of those networks the opportunity to demonstrate it is truly committed to diversity of viewpoints. But she’ll probably be cast into the journalistic wilderness like another talented CBS reporter who probed too deeply for comfort, Sharyl Attkisson, who now toils for Sinclair Broadcasting—definitely not known for its diversity of viewpoints.

And here’s the link to the entire 3:39 interview, which takes place in Logan’s home; for the 12 minutes on the media, scroll to 2:13. Try to put your own biases aside and listen with an open mind as I did, because she makes some valid points we’d do well to take to our professional heart.

Most of the rest appears to be about her experiences in Afghanistan, Iraq, Egypt and elsewhere. You may recall she was sexually assaulted in Cairo’s Tahrir Square while reporting on the Arab Spring uprising, which she recounts graphically later in the interview at about 2:56.

“There is always hope when people are forced to listen to both sides; it is when they attend only to one that errors harden into prejudices, and truth itself ceases to have the effect of truth, by being exaggerated into falsehood.”