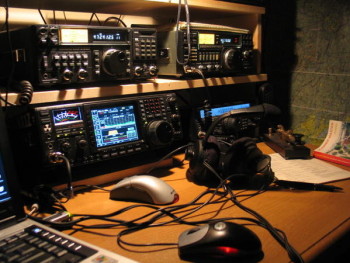 Talk Radio’s George Galloway show spent most of its three hour program in July 2018 defending UK Labour leader Jeremy Corbyn against allegations of anti-Semitism. Now, the UK broadcast regulator OfCom has ruled against the program for failing to meet standards for due impartiality. Because OfCom said they are “serious breaches,” OfCom said it may issue “a statutory sanction.”

“‘Due impartiality’ does not therefore mean an equal division of time must be given to every view, or that every argument must be represented,” OfCom explained. “Due impartiality can be preserved in a number of ways and it is an editorial decision for the broadcaster as to how it ensures this.” Essentially, news outlets must provide alternative viewpoints or context, but there isn’t a hard rule for how news outlets should do this, OfCom noted.

Some of the comments made by Galloway included that:

Galloway’s program aired many listener comments that agreed with his position, but when he aired one who differed, he mocked the listener as an “ignorant moron.” Talk Radio argued it invited “dissenting voices” but no one wanted to come on the program; that doesn’t give a news outlet a pass though, OfCom said. Instead, news outlets have to still provide due impartiality.

During the OfCom investigation, Talk Radio had a barrister review Galloway’s show’s “apparent shortcomings” in meeting broadcast standards, held training on balance in reporting, and set up “additional immediate oversight” of the program, OfCom noted. Talk Radio also said Galloway’s producer would plan to have a guest who has “an alternative viewpoint” from Galloway for each program.

Talk Radio admitted the program didn’t carefully handle the topic of anti-Semitism and failed to have “alternative viewpoints.” That said, Talk Radio argued it has a “personality and opinion-led approach” and the topic was “significant political controversy.”

Galloway himself provided his response to the OfCom investigation, OfCom noted. In his combative comment to OfCom, Galloway called for OfCom to be “investigated for this quite scandalous waste of public money,” argued OfCom was trying to “silence” him, and claimed OfCom was “deeply prejudiced” against the Palestinian people.